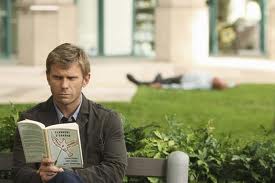 Everything That Rises Must Converge is the title of a collection of stories by Flannery O’Connor.  It is also a book that mysterious Jacob was seen reading in the season finale of Lost. The short stories are about the sinful nature of human beings and hypocrisy in modern society.  The 1965 collection is flavored with thoughts on Civil Rights and other issues of the day.  Perhaps most interesting is that the title is taken from the Jesuit Theologian and Philosopher Pierre Teilhard De Chardin. 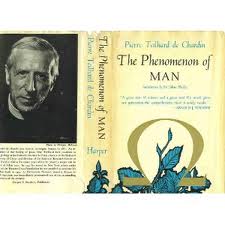 De Chardin believed in the evolution of consciousness.  In his book The Phenomenon of Man he discusses the law of complexity and consciousness.  He calls it the Omega Point—the union of all creation.  Creativity is expanding and increasing until we all converge in a sort of Christ-Consciousness or Christ Logos.  This religious or spiritual idea has been applied to technology and has influence many science fiction authors—including Philip K Dick.

Philip K Dick wrote a novel called A Scanner Darkly.  The title is 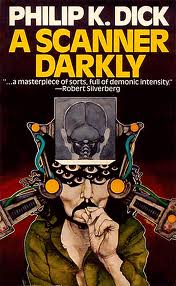 taken from a passage in the bible.  In the novel, which is loosely biographical, the main character gets hooked on a drug simply known as Substance-D.  Substance-D is grown in fields in the form of a Blue Flower.  The Blue Flower represents Sehnsucht or longing in German Romanticism.  The novel shows reality to be a product of our own consciousness.  And I am sure this musing on realties connects to Carlos Castaneda’s book A Separate Reality, which was also feature on Lost.

Although Sehnsucht and Creative Evolution appear to be opposing forces, I suppose that longing is automatically embraced by the increasing complexity of our consciousness.  In fact, the longing in and of itself is complex.  It isn’t a simple or shallow issue or entity.  And so the longing is merely one more spiral upward toward total oneness with the universe.  It is all a part of an energy sweeping us closer to divinity, if we are to believe de Chardin.

Thoughts, feelings and desires rise to the surface and converge into one reality.  The separate fantasies become one.  It is through connection that we evolve.  It is through union that we expand our increasingly complex consciousness.  An expanded consciousness is an enlightened one.  Knowledge is never simple though.  Mysticism is in each individual mind, but it is also a product of many minds converging their shared knowledge.

Again, Lost finds a thread of Gnosticism in its references.  And again, I am drawn toward the ever increasing subtext.  My subtext converges with the subtext of Lost until you cannot separate the two of them.  I am forever bound to these interconnecting lines of intertextuality. 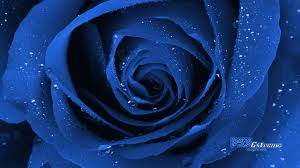 Reading and writing and writing about reading are my passion. I've been keeping a journal since I was 14. I also write fiction and poetry. I published my first collection of short stories, "Radiant Darkness" in 2000. I followed that up with my first collection of poetry in 2001 called "Journey without a Map." In 2008, I published "Persephone's Echo" another collection of poetry. Since then I've also published Emotional Espionage, The Way The Story Ended, My Perfect Drug and Out There. I have my BA in English from The Ohio State University at Mansfield and my MA in English Lit from The University of North Carolina at Greensboro. I also have my Post BA Certificate in Women's Studies. I am the mother of two beautiful children. :-)
View all posts by carilynn27 →
This entry was posted in Literature/Pop Culture, Lost, Religion. Bookmark the permalink.