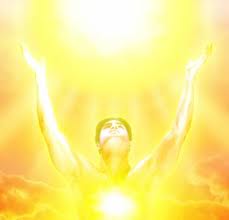 “I am the star which goes with thee and shines out of the depths,” is a Mithras saying.  In Manichaeism and Zoroastrianism the Primal Man does the battle with the ruler of Darkness and is defeated—thus his soul is scattered across the universe.  Mithra than calls forth all the tiny bits of light—the light that exists in each human being—to return to the Realm of Light.  God can only be complete when each divine spark is returned to its source.  The name Mithra means covenant, contract or oath.  Our covenant with God is that we return to him (or her or it.)

Compare those ideas to what the first mother said on Lost in this week’s episode “Across the Sea.”  After showing Jacob and the still unnamed brother in black the sacred spring, she says: “There is a little bit of light in everyone, but they always want more.  They can’t take it, but they can put it out, and if it goes out here, it goes out everywhere.”  The heart of the island is considered the source of life, death and rebirth.

Although the writers of Lost haven’t given a solid scientific explanation, we know that this Life Source has to do with Electromagnetism and Time Travel.  Perhaps they are hinting at the so-called God Particle, also known as the Higgs-Boson particle.  It is the theoretical Higgs-Boson Particle that caused the blackout and flashforward in the TV show Flashforward. Why couldn’t the island be the source of this same eternal energy?

This goes back to Pierre Teilhard de Chardin references.  De Chardin believed that Everything That Rises Must Converge,

meaning that all the sparks of light must gather together and converge into the One Source.  He called this the Omega Point.  His Omega Point is very similar to Carl Jung’s idea of the Collective Unconscious.  Jung was also heavily influenced by Gnosticism.

De Chardin influenced Philip K Dick, who wrote the Gnostic Science-Fiction novel VALIS, which was also featured on Lost.  Alice in Wonderland, which was also referenced early on, has Gnostic subtexts as well.

After “Across the Sea” I went online to see everyone’s reaction and analysis of this epic mythological episode.  I was surprised to see a great deal of negativity surrounding it.  I thought it was an excellent episode.  It just didn’t live up to the hype that some viewers had created in their own minds regarding these six-year-old mysteries. Bitterly, viewers complained that there weren’t enough answers given.  The wanted an episode that could be called “Lost for Dummies.”

I had to laugh because I realized that they were missing what was right in front of them.  If they’d just done their homework, they might have not complained so much.  Just short of explaining God, the writers have answers for us.  It is all in the endless references within the show.  All of the books that they’ve placed for us to see—all the literature they’ve discussed—they have all been clues.  If we used Lost as it is intended—as Hypermedia—we can create meaning out of it for ourselves.

The writers will never tell us how to think or how to interpret what they present.  Lost relies largely on what the viewer brings to it.  If you don’t do your homework, if you don’t get the references, then you will probably come away from the finale feeling frustrated.  If you are willing to meet the writer’s halfway, then the finale will probably be fulfilling! Most bloggers have worked hard on understanding Lost. They will probably walk away satisfied enough.  It is the casual viewer, the lazy Lost lover that is likely to end up Lost at the end.

As a teacher, I know how much the average student hates to work.  It is only the truly dedicated that do all the extra credit work you throw at them.  It is only the truly dedicated that go on to get Masters Degrees and PhDs.  I don’t think you need a PhD to understand Lost, but you need that same sort of dedication it takes to get an advanced degree.

Reading and writing and writing about reading are my passion. I've been keeping a journal since I was 14. I also write fiction and poetry. I published my first collection of short stories, "Radiant Darkness" in 2000. I followed that up with my first collection of poetry in 2001 called "Journey without a Map." In 2008, I published "Persephone's Echo" another collection of poetry. Since then I've also published Emotional Espionage, The Way The Story Ended, My Perfect Drug and Out There. I have my BA in English from The Ohio State University at Mansfield and my MA in English Lit from The University of North Carolina at Greensboro. I also have my Post BA Certificate in Women's Studies. I am the mother of two beautiful children. :-)
View all posts by carilynn27 →
This entry was posted in Literature/Pop Culture, Lost, Mythology, Religion and tagged Across The Sea, Alice in Wonderland, First Mother, Flashforward, Gnosticism, Jacob and MIB, Light, Lost, Mithra, Phillip K Dick, The End, Writers, Zoroasterism. Bookmark the permalink.