Funeral services were held at 2:30pm Friday at the McQuate Funeral home here for Lee Robert Lykens, 48, prominate area farmer who was killed instantly at about 8:15 Wednesday evening when his Dodge sedan was struck at the Main Street crossing here by the Big Four’s crack passenger train, Southwestern Limited.

The impact completely demolished the car and hurled it approximately 200 feet up the track, where it landed on the west side of Stock Street almost in front of Mr. Lykens’ brother Isaac’s house.  The gas tank exploded spraying flaming gasoline upon Main Street and along the railroad right of the way.  Lykens’ body was thrown clear of the flaming wreckage and landed on the east side of the tracks approximately 125 feet north of the crossing.  Lowell Fletcher, who lives near the tracks, is reported to beat out the fire in Lykens’ clothing with his bare hands.

Sheriff’s Deputies were on the scene shortly after that accident happened and the Shiloh Fire Department was on hand to quench the flames.

Dr. C.L. Hannum of Plymouth summoned to the scene, pronounced the man dead upon arrival, and the Coroner D.C. Lavender ruled the death was due to skull and multiple body fractures.

Mr. Lykins is the second of his family to meet his death at the Main Street Crossing.  His father Monroe (Doc) Lykens was killed slightly less than seven years ago when he was struck by train while crossing afoot.

Rev R.L. Lubold, pastor of the Mt. Hope Lutheran Church, officiated at the services and burial was at the New Haven Cemetery. 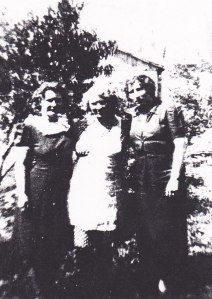 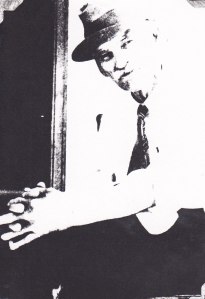 Reading and writing and writing about reading are my passion. I've been keeping a journal since I was 14. I also write fiction and poetry. I published my first collection of short stories, "Radiant Darkness" in 2000. I followed that up with my first collection of poetry in 2001 called "Journey without a Map." In 2008, I published "Persephone's Echo" another collection of poetry. Since then I've also published Emotional Espionage, The Way The Story Ended, My Perfect Drug and Out There. I have my BA in English from The Ohio State University at Mansfield and my MA in English Lit from The University of North Carolina at Greensboro. I also have my Post BA Certificate in Women's Studies. I am the mother of two beautiful children. :-)
View all posts by carilynn27 →
This entry was posted in Genealogy, History and tagged Coroner D.C. Lavender, Dr. C.L. Hannum, Dwight Lee Lykins, Emma Lykens, Emma Reed Lykins, Isaac Lykens, Issac Lykins, J.J. Carney, Lee Lykens, Miss Madge Lykens, Mrs. Edna Oney, Mrs. Garrett Frisby, Mrs. George Enos, Mrs. Lawrence Wallen, Mrs. Roscoe Rudd, Mt. Hope Lutheran Church, New Haven Cemetery, Ohio, Peter "Doc" Monroe Lykins, Plymouth, Railroad Crossing, Rev R.L. Lubold, Robert Lee Lykins, Shiloh, Southwestern Limited. Bookmark the permalink.