Behind The Bell Is Bitter

Behind The Bell is the Tell-All book about the 1990s teen show Saved By The Bell.  Dustin Diamond played the goofy geek Samuel “Screech” Powers.   Like many others who picked up the book about their favorite show, I was surprised.  Not only was the book poorly written, but the book contained many instances of the cast behaving poorly as well.

Reading Dustin Diamond’s memoir of his mid-teen madness, I was truly surprised at how bitter he was.  Dustin was very jealous of Mark-Paul, whom he labeled “The Golden Child.”  He didn’t see to have a problem with Mark-Paul so much, as he had a problem with how everyone treated Mark-Paul.   He did say that Mark-Paul let his fame go to his head at first and treated Dustin poorly.  Eventually Mark-Paul softened and Dustin felt more like friend to him.  Still, that didn’t’ stop him from bashing his former co-star. 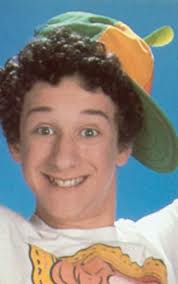 Dustin goes on to say that the cast formed a sort of clique and excluded him.   This just added insult to injury and made Dustin feel unpopular and unworthy.  Coupled with Dustin’s mysterious troubled childhood, it was too much too handle. Dustin found solace in drinking, smoking pot and chasing tail.  He was quite the bad boy.  Who knew the geek got all the girls?

And oh the irony!  Apparently the producers wrote the show against drugs—pot in particular—because the cast supposedly smoked pot in their dressing rooms between takes!  Who knew! 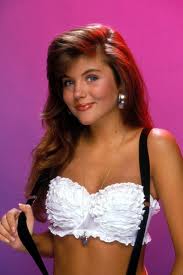 The only insight in to Mark-Paul or any of his fellow cast members were slight at best.  Tiffini-Amber was, according to him, a slut.  Elizabeth wasn’t much better.  Dustin seemed to be bitter that that Tiffani-Amber and Elizabeth chose to take turns messing around with Mark-Paul and Mario, but not him.  Mario was a ladies man who was accused of rape at one point.  Mark-Paul was a private person, but Lark was even more so.

Mostly I got Dustin was an obnoxious player who hooked up with anyone and everyone that he could.  He spent his teen years roaming Disneyland  like a lion hunting its prey trying to make himself feel attractive and wanted by the female population at large.  What a jerk! I think the better, more interesting story, would have been about his childhood and why he felt the need to act out so much.

I also picked up on the fact that Mark-Paul was a thrill seeker with a rebellious streak.   (For example, smoking and riding his Harley) The popularity he experienced made him feel awkward I think.

I wondered how different the other cast members were from Dustin’s memories.  Maybe all they remember is the thousands of malls across America that they visited and all of those crazy crowds. 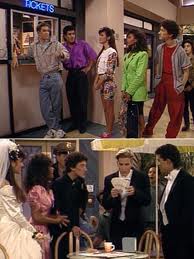 The American Mall is a dying breed.   The Mall began back in the 1960s and hit their peak in the 1990s—the same time Saved By The Bell hit its peak!  With the advent of on-line shopping and the decline of the economy, many malls have closed.  Outdoor strip malls remain fairly popular, but the indoor mega-malls are in decline.   I read something about themed shopping centers or life-style centers are the new trend.

But I digress.  How times have changed.  It makes one wonder how Saved By The Bell would have looked if it came out today instead of 20 years ago.   The cast wouldn’t have had to go to thousands of malls.  Instead they would have made podcasts and kept blogs and updated everybody via twitter and facebook!  Just think of the stories we missed by not knowing all the behind the scenes drama as it happened!

Reading and writing and writing about reading are my passion. I've been keeping a journal since I was 14. I also write fiction and poetry. I published my first collection of short stories, "Radiant Darkness" in 2000. I followed that up with my first collection of poetry in 2001 called "Journey without a Map." In 2008, I published "Persephone's Echo" another collection of poetry. Since then I've also published Emotional Espionage, The Way The Story Ended, My Perfect Drug and Out There. I have my BA in English from The Ohio State University at Mansfield and my MA in English Lit from The University of North Carolina at Greensboro. I also have my Post BA Certificate in Women's Studies. I am the mother of two beautiful children. :-)
View all posts by carilynn27 →
This entry was posted in Literature/Pop Culture, Movies/TV and tagged 1990s, Behind The Bell, Bitterness, Dustin Diamond, Elizabeth Berkley, Harley, Lark Vooheries, Malls, Mario Lopez, Mark-Paul Gosselaar, Pot, Rebllion, Saved By The Bell, Smokting, Tell-All Book, Tiffini-Amber Thiesan. Bookmark the permalink.