On the 5 year Anniversary of America’s Darkest Day, I contemplate Gothic Romanticism.  What happened on 9/11 seems to have little to do with Wuthering Heights, but perhaps there is a common thread.

I dug out my copy of Wuthering Heights this past week and re-read it.  Why?  Well, because I was looking for parallels between Wuthering Heights and Alias. My work on the “Spy” paper has stalled and I was looking for inspiration.   As I read, I saw more parallels with my life than Sydney Bristow’s.  I began to see myself in a different way.  For the first time I could recognize my metaphysical mind-set from a distanced perspective.  I could look outside to inside at long last.  The understanding and the ability to put into words once eluded me.  At 15, 16 and 17 years of age, I could not point to or cite books to back up what I believed.  What I felt, believed and experienced was beyond my intellectual reach or realm at the time.  I didn’t try to emulate the world of Wuthering Heights, yet I existed in it anyway.  I’m not sure how or why I picked up these themes or threads, but I did.

The one thing that puzzles me is how an average person who seems normal can suddenly turn into a sociopath or psychopath!  I’ve always been aware of other people’s emotions.  Their pain is my own.  I feel everything deeply and intensely.  I couldn’t imagine being incapable of caring.  Yeah, I’ve had my moment of selfishness, but overall I try to avoid causing harm to anyone.  If I believe I’ve hurt someone, I usually beat myself up over it.  Guilt has been a constant companion over the years.  It is really possible to turn off guilt and remorse?  I know I couldn’t do it, but the world is full of people who do.

Here is the thing. All the people in my life who have hurt me have shown remorse at one time or another.  They may not have understood their actions at the time; they may not have expressed regret outwardly to the world or even to the people that they hurt.  Still, I have witnessed a struggle in each to deal with their actions.  The guilt becomes buried, but never gotten rid of entirely.  I’ve not met someone who really appears to be devoid of emotion completely.

This total and utter apathy is what most people would consider evil.  Lack of respect for human life and no sense of compassion or empathy is what makes the world shutter in collective fear.  Is it possible that even the suicide bombers of 9/11 felt a twinge of doubt about their missions?  Somewhere deep inside did they realize it was fundamentally wrong to take 2,000 or more lives?  We know their motives and rationalizations, but could we ever know if they were bothered by the inhumanity of their acts? We hear the anti-American rhetoric and see their blind hatred of what they consider to be evil.  Our decadent life style and lack of control somehow warrant the systematic destruction of our people.  Hmmm.  Didn’t Hitler say the same thing about the Jews and Homosexuals?  Did Hitler or any of the Nazi’s feel guilt or remorse? The people who worked in the concentration camps, the mass murders, did they ever feel anything?

The ability to dehumanize and destroy always amazes me.  How does a person get so lost in lies that they can rationalize even the most heinous of crimes?  How does one go about the process of turning off their emotions entirely?

I see how little value is placed on human life, how violence and intolerance run rabid in so many places.  It frightens me to think that there is no hope for those lost souls.  I see what appears to be evil, but I refuse to believe that anyone is purely apathetic or completely sadistic.  I see fear in everyone’s eyes.  I see the capacity to love in those who cannot seem to love themselves or me.  It is difficult to fathom and forgive those who act as if they feel nothing.  It is too easy to recoil and judge rather than reach out in compassion.  Pain begets more pain until no one is left unburdened

Emily Bronte may not have been worldly or wild.  She did not have a long life, nor did she have a long list of lovers.  For all we know she may have died a virgin. Yet she possessed some innate knowledge of the world.  She knew things instinctively and learned much by mythos.   Her world was spiritual.  She saw the struggle between the heavenly nature of love and the violent nature of the earth and her people.  Heathcliff could have been a loving man.  There was love there once.  He was sensitive and brooding—very mysterious.  Cathy was playful and full of light.  Two opposites were one.  Yet, Heathcliff becomes a violent, bitter man.  He is not the villain and yet he is not the hero.  Lack of love hardened him.  It numbed him to the point of becoming downright abusive.  Did that stop Cathy from loving him? No, she loved him anyway.  They shared an identity and so she continued to see herself in him and he saw himself in her. 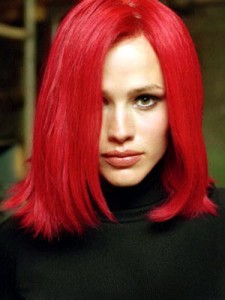 The theme of identity is where Alias and Wuthering Heights overlap.  For Sydney her identity was tied to her fiancée. When he dies, she must create a new identity for herself.  Unlike Cathy, she does not physically die.  She dies metaphorically.  Danny must dies so that Sydney can become her true self.  She has to develop an individual identity separate from her friends and family in order to become whole again.  Along the way, she has to deal with a very violent world.  She must fight to keep that sensitive, soft and sympathetic part of herself safe.  Sydney could easily become like her mother if she doesn’t or didn’t keep the balance. Irina was not purely evil, but power ruled her life, not purpose.  Sydney was searching for a purpose and a peaceful place.  The world of Alias was a world were good and evil aren’t so clear.  Good people do bad things and bad people do good things.  When trying to figure out who you really are, the lack of clear boundaries can make the process difficult and messy.  Drawing a clear boundary and thinking in black and white terms is not a good thing though.  People are very complex, as Abrams cleverly recognizes.  Labels are more of hindrance where it comes to identities.  A true identity is not something that is easily pinned down.  It is our choices and our lives that ultimately reveal who we really are.

I was once a Romantic.  Perhaps I still am to some extent.  The spiritual imagination exists in me even now.  I’ve come to see that my identity is not fixed.  It shifts and changes as the need arises.  I needed to stop identifying with Ben and my need for punishment, which I did between 2004 and 2006. I am no longer Cathy.  I am Cari.  I am the wife of Jason and the mother of Anastasia.  I think that perhaps in a skeptical world where identity is a social construct, that a spiritual identity is not understood or even recognized.   My spiritual identity and social identity weren’t matching up and this needed taken care of.  I was, in a way, living a double life.

I still lead a double life in a way.  I once believed that the world would accept me for who I was.  I was once believed that telling everyone everything was freeing. In wanting to be intimate with everyone I ended up scaring them all off and being intimate with no one.  Part of living a quite life is learning the art of revelation.  Knowing what to say when is skill I’ve only recently acquired and I still mess up frequently. 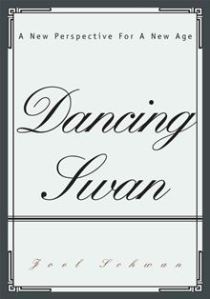 I see this in my writing.  My style, which is a reflection of me, is often hurried, impatient and brief.  I also have a tendency to write with raw emotion.  It is too intense for general consumption.  I’ve realized that I need to slow down, take my time and pay attention to detail.  My tone should soften perhaps.  My emotions should be subtle instead of shocking.  There are times that I capture the moment.  My words can pour onto the page with poetic passion and perfect potency.  Still, I lack the consistent care and creativity many of my contemporaries contain in their pieces. Joel, for example, writes with precision and language that is lavish and sometimes languid.  I strive for that same sense of flow, the same finely tuned structure that I feel is lacking in my style, and I seek to remedy this as I write.

I think that is not that unlike kissing.  Eager and hungry, I kissed accordingly.  It was Jason who taught me how to draw out the kiss, going deep and slow.  I found that long, sensuous kissing is more satisfying in the end.

And today I savored some moments. I even gave into the urge to drive by Ethan’s house.   In any case, I took a short detour on my way to the Lexington park. He was actually out in front of the house.  I didn’t recognize him at first since he was wearing a large red shirt and shorts.  I was used to professor McMillan, not Homeowner Ethan doing yard work—although he might have been cleaning the car.  I wasn’t sure exactly.  I think he looked up briefly as I passed, but I don’t think he noticed me specifically.

Instead of feeling fear, I felt a bit of comfort in seeing him.  Oh, it would have been nice to stop by and say hi, but it would have been out of place.  It is as if we were secret agents who cannot acknowledge each other’s existence even though they’ve been on a mission together! Wuthering Heights inspired my drive-by.  I can only wonder if the metaphysical Gothic Romance is part of his identity somehow too.  Is he secretly spiritual? Does the skeptic lead a double life?  Are our souls connected?

Reading and writing and writing about reading are my passion. I've been keeping a journal since I was 14. I also write fiction and poetry. I published my first collection of short stories, "Radiant Darkness" in 2000. I followed that up with my first collection of poetry in 2001 called "Journey without a Map." In 2008, I published "Persephone's Echo" another collection of poetry. Since then I've also published Emotional Espionage, The Way The Story Ended, My Perfect Drug and Out There. I have my BA in English from The Ohio State University at Mansfield and my MA in English Lit from The University of North Carolina at Greensboro. I also have my Post BA Certificate in Women's Studies. I am the mother of two beautiful children. :-)
View all posts by carilynn27 →
This entry was posted in Event, Literature/Pop Culture, Movies/TV, News, Politics/Economics, Psychology, Writing and tagged 9/11, Alias, Dancing Swan, Ethan McMillan, Evil, Gothic Romanticism, Identity, JJ Abrams, Joel Schwan, Kissing, Lack of Empathy, Spy, Sydney Bristow, Writing, Wuthering Heights. Bookmark the permalink.