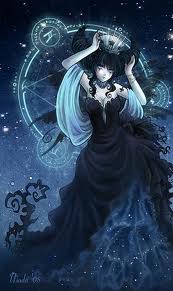 Embracing the darkness, The Dark Goddess can be a transformative experience. Always focusing on the bright-side can be a damaging experience apparently.   Since it has been cold and snowy, I’ve stayed inside.  Not to mention that it gets dark so early.  I’ve stopped taking the kids to the park after Ana gets home from school. To keep myself busy, I’ve read mostly.  After finishing The Pregnant Virgin, I moved onto Dancing in the Flames: The Dark Goddess in the Transformation of Consciousness.  I followed those up with Nurture-Shock and Bright-Sided.

There have been many books recently criticizing the self-help genre.  Most of those books are biased.  Barbara Ehnreich’s book is refreshingly balanced.  Although skeptical of much, she doesn’t appear to have a particular agenda.  Ehenreich gets out there and investigates and interviews and researches.  She doesn’t just complain.  She attacks one specific problem and focuses on it.  The underlying issue seems to be summed up by Zig Ziggler, “It is your own fault.  Don’t blame the system.  Don’t blame the boss. Work harder and pray more!” But what happens when it isn’t your fault?  Where is the call to right social injustice?  Blaming yourself for all of life’s misfortunes can have a very depressing and damaging effect.

I think of my own struggle with poverty.  A typical guru might say I wasn’t focusing hard enough, visualizing long enough or deserving it enough.  The lack of cash flow is simply of not attracting it or feeling worthy of it.  As much value as I place on personal power, some things are beyond our conscious control.  There are socio-economic factors at work that can be difficult to overcome.  That is to say, eventually we will be better off, but not because of magical thinking.  A positive attitude will keep us working hard to achieve a better life, but it won’t create a better life all by itself. 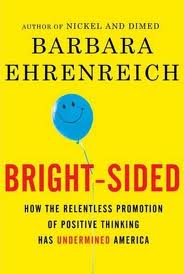 Ehenreich talks about her own battle with cancer.  She found the efforts of everyone around her to remain cheery in the face of illness, and possibly death, a bit disturbing.  The focus on the bright-side of cancer made it difficult to deal with the all-too natural feelings of frustration, anger and fear.  There is a place for love and support, but it isn’t always a realistic approach. Ehenreich wondered if the correlation between healthiness and happiness was one of causation or not.  Are people healthy because they are happy or happy because they are healthy? There are not real conclusive studies on mind-over-matter, or what some people call magical thinking.

I am not sure one can reverse a terminal illness or manifest themselves new material possessions.  I do believe we can find meaning in our obstacles, misfortunes, setbacks and even tragedies. Our power comes not from controlling the events in our lives, but in learning to understand and deal with those events critically.  Ehenreich ends her book by stressing her belief that critical thinking is more important than positive thinking, and Marion Woodman concurs.

Dancing in the Flames discusses or deals with the difficulty that women deal with.  Instead of sweeping abandonment, addiction, abuse and depression under the rug, Woodman sees those issues as part of a process.  These dark days can be transformative.  Instead of ignoring our problems or thinking that they will magically get better, Woodman calls women to work with their dreams and discover their true desires.  Embrace the archetypes of Eve, Lilith, Mary, The Black Madonna and Mary Magdalene.  What lessons can be learned? What insights gained? Language, symbols, dreams and poetry can be tools to open up the subconscious and allow us to be healed.  Only by working through our feelings can we be free of them! 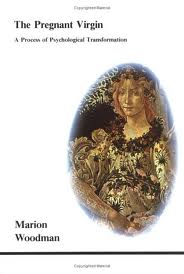 In The Pregnant Virgin, Woodman talks about Abandonment being a form of being “uncalled’ or not chosen by the father and the mother.  She views this as a chance for the woman to create her own destiny.  Free of her parent’s influence, she can give birth unto herself.  That symbol is the symbol of The Pregnant Virgin.  Pristinely Ungifted, to use Terry Goodkind’s words.  A woman must learn to be whole, independent and creative within herself.  As a Virgin, she is unaware of her incompleteness.  To be sexually active is often to feel dependent upon the other person.

Reading and writing and writing about reading are my passion. I've been keeping a journal since I was 14. I also write fiction and poetry. I published my first collection of short stories, "Radiant Darkness" in 2000. I followed that up with my first collection of poetry in 2001 called "Journey without a Map." In 2008, I published "Persephone's Echo" another collection of poetry. Since then I've also published Emotional Espionage, The Way The Story Ended, My Perfect Drug and Out There. I have my BA in English from The Ohio State University at Mansfield and my MA in English Lit from The University of North Carolina at Greensboro. I also have my Post BA Certificate in Women's Studies. I am the mother of two beautiful children. :-)
View all posts by carilynn27 →
This entry was posted in Literature/Pop Culture, Psychology, Science/Philosophy and tagged Abandonment, Barbara Ehnreich, Bright-Sides, Dacing in the Flames The Dark Goddess and the Transformation of Consciousness, Dreams, Eve, Language, Lilith, Marion Woodman, Mary Magdalene, Nurture Shock, Pristinely Ungifted, Subconscious, Symbols, Terry Goodkind, The Black Madonna, The Pregnant Virgin. Bookmark the permalink.