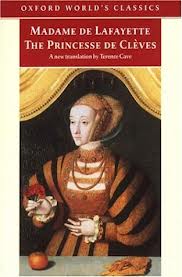 During the period when The Princess de Cleves was set and especially the time it was written, the French were particularly hypocritical.  The society in which Madame de Cleves was raised influenced her choices and morals.  That society often encouraged duality and immorality.

The French held certain things to be right and proper as we to do today.  There was a certain way they had to dress and act in society.  One of the many things that were upheld by rules was relationships.  While they applauded honesty, they also accepted that affairs were more likely to take place than not.  Madame de Cleves mother’s advice before dying is a perfect example of this.  Madame de Chartres described love to her daughter as a game of attraction and distraction.  Then she went on to describe men’s like of sincerity, their deceit and unfaithfulness.  But then she told her daughter that women should, “love her husband and be loved by him.”  Men were expected to cheat.

The fact that Madame de Cleves didn’t marry for love and married someone she didn’t love is a duality that led to her being immoral.  She kept up the front of a happy marriage when it wasn’t true.  Her mother’s values wouldn’t let her show her unhappiness, even to her husband.  Divorce would have allowed to her lead the life she wanted, but divorce wasn’t an option for her. Instead, she committed adultery and caused her husband a great deal of pain.

Though she never consummated her lover for Duc de Nemours, she still betrayed her husband in her thoughts and feelings.  Madame de Cleves could still be considered immoral for feelings despite the fact that she had no control over them.  She struggled with her feelings, like most people did and still do.

The French society that Madame de Cleves lived in was like a masquerade ball in which everyone appears to be something they are not.  This life of duality caused Madame de Cleves to put into a position to be tempted to do something immoral.

Reading and writing and writing about reading are my passion. I've been keeping a journal since I was 14. I also write fiction and poetry. I published my first collection of short stories, "Radiant Darkness" in 2000. I followed that up with my first collection of poetry in 2001 called "Journey without a Map." In 2008, I published "Persephone's Echo" another collection of poetry. Since then I've also published Emotional Espionage, The Way The Story Ended, My Perfect Drug and Out There. I have my BA in English from The Ohio State University at Mansfield and my MA in English Lit from The University of North Carolina at Greensboro. I also have my Post BA Certificate in Women's Studies. I am the mother of two beautiful children. :-)
View all posts by carilynn27 →
This entry was posted in History, Literature/Pop Culture and tagged adultry, Affairs, Cari Gilkison, Divorce, Duality, Duc de Nemours, French, French Literature in Translation, husband, Immoral, Love, Madame de Cleves, Mary Joyce, Masquerade Ball, Morality, OSU, society. Bookmark the permalink.