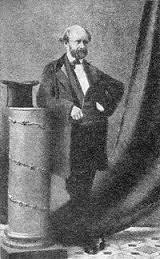 Christian Friedrich Hebbel (18 March 1813 – 13 December 1863), was a German poet and dramatist.  He was born into poverty.  His father, who died was he was fourteen, was a stone mason.  Friedrich worked as a mason’s helper and then worked for the church after his father’s death.  His common law wife was Elise Lensing, who was nine years older than him.  He left her for Christine Enghaus, an actress, some years later.

I stumbled across this wonderful playwright when I was researching the term Romantic Degradation.  Although I’d read the term in Joan Didion’s essay “Slouching Toward Bethlehem,” I wondered if it had been used anywhere else.  As it turns out someone wrote about how Hebbel’s plays often demonstrated the use of Romantic Degradation.  So, I took out a book of his plays from the library to read. Interestingly, his plays connected to another book I had just recently read—The English Patient by Michael Ondaatje. 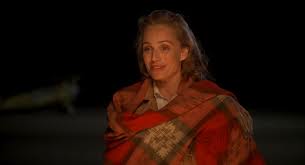 Judith, the first play in the book, is based on the biblical story and Gyges and his Ring is taken from Herodotus.  Despite his various classical sources, Hebbel is very modern and placing the conflict between the sexes in his work.  He sees things in terms of duality and believes duality to be our highest conception of our existence. He sees duality in nature as well as in humans.  His characters share guilt, but not for their wrong-doings.  They feel guilty because they are individuals who need to individuate, as Jung would say.  Hebbel’s realism is very much a psychological realism. And he has a great understanding of female psychology, as demonstrated by his strong female characters.

Hebbel had a very intense inner life and that made Hebbel a dominating force of nature.  He once said, “What you call my illness [Depression] is yet the source if my higher life.”  It is the inner sense of isolation that is the true tragedy in his view.  In his letters he says that his experience is a universal one and that he couldn’t be cured of it unless the world was cured.  His view on life was reflected very much in his tragic-comedy dramas.  Tragedy, he felt was an expression of optimism and Comedy was an expression of pessimism.

In the introduction to Maria Magdalena it is stated, “For Hebbel, the function of drama is to demonstrate the state of man and the world in relation to the idea—that moral center which rules over and protects all things, both nature and human.  This is the idea also central to his theory of tragedy.  This is the idea degrees that the order of things must be maintained at any cost.  Individuals must often sacrifice themselves for the greater good and this is tragic.”

Aside from Goethe, there has been no other German Playwright who was held more depth or was more influential than Hebbel.  He is definitely worth picking up. 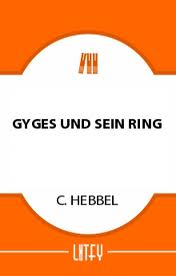 Reading and writing and writing about reading are my passion. I've been keeping a journal since I was 14. I also write fiction and poetry. I published my first collection of short stories, "Radiant Darkness" in 2000. I followed that up with my first collection of poetry in 2001 called "Journey without a Map." In 2008, I published "Persephone's Echo" another collection of poetry. Since then I've also published Emotional Espionage, The Way The Story Ended, My Perfect Drug and Out There. I have my BA in English from The Ohio State University at Mansfield and my MA in English Lit from The University of North Carolina at Greensboro. I also have my Post BA Certificate in Women's Studies. I am the mother of two beautiful children. :-)
View all posts by carilynn27 →
This entry was posted in History, Literature/Pop Culture, Movies/TV, Mythology, Psychology, Uncategorized and tagged Agnès Bernauer, Christian Friedrich Hebbel, Comedy, Die Nibelungen, German, Germany, Greater Good, Gyges and His Ring, Herodes and Mariamne, Herodotus, Individuation, Joan Didion, Judith, Julia, Jung, Katherine, Maria Magdalena, Michael Ondaatje, Michel Angelo, Playwright, Poet, Psychology, Romantic Degradation, Sacrifice, Slouching Toward Bethlehem, The Bible, The English Patient, Tragedy, Tragicomedy. Bookmark the permalink.