The Insanity of Normality

The Insanity of Normality

The Insanity of Normality by Arno Grun which was published in 1987 was translated from German in 1992.  He says in the preface “Whereas people who can longer bare the absence of human values in the real world are considered “crazy” those who have severed themselves from their human roots are certified “normal.”

Good and evil are not determined by the intercourse of people with one another, but entirely by man’s relations with himself says Jakob Wassermann.  To feel one’s self accepted by another’s love is a basic pre-requisite for human growth.

Society demands obedience and when we can’t obey we feel a great deal of self-hatred.  And what is self-hatred if not self-betrayal? Many people escape the chaos by focusing on another reality.  This withdrawal into themselves often is seen as a symptom of schizophrenia.  Schizophrenics remain in their inner worlds because the outer world is too painful, and yet sociopaths will remain in the outer world because their inner world is too painful.  Psychic death occurs from this split in reality.

Helplessness will then become an overwhelming threat against which we must arm ourselves.  Children find fault in self for not being loved by parents.  Child’s self develops without awareness of pain and death, yet it can become unwilling devoted to pain and death.  Children who experience pain at not being accepted for what they are will NOT always be seduced by power though.

Self-hatred is the origin of destructiveness.  Only hatred and destructiveness give criminals a feeling of aliveness. Only through rage and murderousness can they obtain the feeling of wholeness and heightened sense of self.

When people murder someone they are often trying to kill a part of themselves that they have projected onto that person.  We can only overcome our attraction to death and destruction if we truly feel another person’s pain.  Those who glorify death and are devoted to death are not “overcoming” it. They are merely denying their fear of it. Pity the aggressor because they are the ones who are afraid. 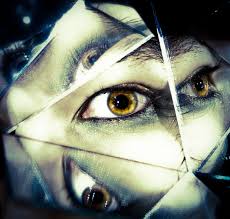 In the Chapter about Comformity, Rebellion and Violence he discusses how both Conformity and Rebellion are forms of dependency.  In prison there are different reasons for the high numbers of inmates who turn to homosexuality.  In female prisons homosexuality provides a sense of closeness and security, while in male prisons it is mostly about power.

Women define positive self-esteem traits as particularly male traits, while they describe low-self esteem with negative female traits.  Mothers are supposed to be good, but happens when they are not?  Men tend to overlook our own mother’s shortcomings and vilify other women.  Lurking in every rebel is the fear of a mother who might use him or devour him. They may pay lip service to his mother, but hate womanhood in general.

The rebel distances himself from feelings because he fears the love he is seeking.  The conformist, on the other hand, hates love because otherwise he’d have to acknowledge that his never loved him.  Both the rebel and the conformist are cut off from love and their own helplessness. It is two sides of the same coin.  They turn away from what threatens them—which is their need to love and be loved.  They wish to be loved for one’s self.

One is afraid of acceptance because one fears it will mean losing one’s self, for in the deepest recesses of one’s soul, one seeks deliverance from the pain of rejection by wishing to merge with the mother (or mother figure) forever.

To accept other people means to see them as they really are without needing to lose one’s self in them. It is the unconscious wish to lose one’s self that destroys a person.  Terrorists have no official power.  Revenge against the oppressor helps the victim gain some recognition from that oppressor.  The sadist recreates the terror of his early childhood.  The victim cannot touch the victimizer.  He cannot save him or destroy him either one.

The psychopath has a split between tenderness and concern for his mother and a simultaneous hatred for her. The psychopath Peer Gynt once asked what it meant to be one’s self.  Did it mean to kill one’s self?

Schizophrenics try to arouse compassion by reject to prove everyone hypocritical.  The Divided Self by R.D. Laing says that the schizophrenic has a fear of him or herself disappearing completely like they had a fear of their mother disappearing as a baby.  The mother who basis self-esteem on her attractiveness to males cannot recognize and respect her child’s intrinsic value and this can create issues later in life for the child.

Being truly responsible for your actions and have genuine humanness are possible, but only if there is an autonomous self that integrates both the internal and external worlds.  In this possibility lies the hope for our future.

Reading and writing and writing about reading are my passion. I've been keeping a journal since I was 14. I also write fiction and poetry. I published my first collection of short stories, "Radiant Darkness" in 2000. I followed that up with my first collection of poetry in 2001 called "Journey without a Map." In 2008, I published "Persephone's Echo" another collection of poetry. Since then I've also published Emotional Espionage, The Way The Story Ended, My Perfect Drug and Out There. I have my BA in English from The Ohio State University at Mansfield and my MA in English Lit from The University of North Carolina at Greensboro. I also have my Post BA Certificate in Women's Studies. I am the mother of two beautiful children. :-)
View all posts by carilynn27 →
This entry was posted in Psychology and tagged Acceptance, Aliveness, Arno Grun, autonomous self, Conformist, Crazy, Criminals, Deliverance, Destructiveness, English, Evil, Fragmented, German, Good, Healing, help, Helplessness, Homosexuality, inner world, Low Self Esteem, Men, Merge, Milan Kundera, Mother, Murder, Nazis, Normal, oppressor, Outer, Overwhelming, Pain, Prison, Pyschic Split, Rage, Rebel, Rejection, sadist, self-esteem, society, The Book of Laughter and Forgetting, The Insanity of Normality, Victim, Victimizer, Violence, Wholeness, Women, World. Bookmark the permalink.