My So-Called life originally ran August 25, 1994, to January 26, 1995. I was busy with starting college and working, so I was not able to watch it when it aired on ABC.  Then MTV picked it up and began to run the 19 episodes and that is when I got hooked.

My So-Called Life dealt with important social issues of the mid-1990s. These issues were part of the continuing storyline and not just a one time “special” episode. It was perhaps the first show that expressed the angst that I, and many of my friends, experienced as teenagers.

I related to Angela Chase a great deal.  I obsessed endlessly over a boy in school, tortured for a good part of my sophomore year wondering if he returned my interest.  I had someone just like Jordan Catalano in my life, except he and I never even made out.

My best friend Nicky was a lot like Rayanne.  She was loud and crazy and we had a lot of fun together.  Like Rayanne, my friend drank and partied. 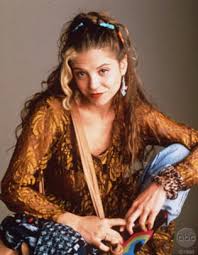 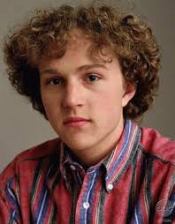 Brian was like my ex-boyfriend Ben. He lived down the street and was love with me, though it took me awhile to realize it.

Sharon Cherski was like my friend Elizabeth. Elizabeth and I had been friends since grade school, but drifted apart as my Rayanne-like friend and I became closer. We never became close again, but we did stay in touch over the years.

About the only counterpart I couldn’t find was one for Ricky. I never hung out or really even knew any bi or gay guys in high school.  Certainly though, I knew people who dealt with being abandoned and being abused.

When I discovered that there was a book called My So-Called Life Goes On, I was eager to devour it. I wanted to know what happened to the characters after the show ended, but it was nothing like what I had imagined.  It felt like the writer didn’t get the characters at all, which was frustrating. 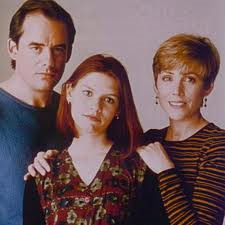 I always imagined that Graham would have cheated on Patty with his new Restaurant partner.  In the pilot we see that Graham comes close to cheating, but then changes his mind. For the remainder of the first season he tries to make things work, but we see the connection developing between him and Hallie.  It would have made sense that Graham finally gives in to temptation and caused a great deal of chaos in the process.  I imagined that Graham and Patty would eventually end up divorced.  They didn’t seem like a likely couple anyway and Angela dealing with her parent’s divorce would have made for a great story line.

In the book Brian loses his virginity to Rayanne’s Mom, which was just creepy.  No, I saw Angela and Brian losing their virginity to each other one lazy afternoon alone together.  But then Brian wouldn’t have known how to deal with finally getting Angela and would have screwed it up pretty quickly.

Remember in the pilot when Rayanne asks Angela what she wanted her lover to say to her and Angela replies, “You are so beautiful that it hurts to look at you.” Then later, when a very drunk Rayanne is getting out of the cop car she tells Angela, “You are so beautiful it hurts to look at you.”  This, to me, signaled that Rayanne was bit in love with Angela, though perhaps she wasn’t aware of it or didn’t want to admit it.  I think that Angela and Rayanne may have eventually gotten drunk together and ended up sleeping together years down the road.

Over the years it has been interesting to see what has become of the actors and actresses that originally starred in My So-Called Life. AJ Langer didn’t do a whole lot due to her Fibromyalgia.  Jared Leto went on to be a druggie in Requiem For A Dream and thug in The Panic Room.  Devon Gummersole was on the short-lived show Relativity and then on Felicity.  Tom Irwin has popped up here and there on TV over the years, most notably as the priest brother of Grace in Saving Grace.  Bess Armstrong has also landed roles on various TV shows and movies.  Of course, Claire Danes has had the most successful career of them all.

Claire Danes went on to act in U-Turn, Breakdown Palace, Romeo + Juliet, A Polish Wedding, The Family Stone, and Shopgirl before winning awards for her portrayal as Carrie Mathieson in Homeland on Showtime.  I loved the book Shopgirl by Steve Martin, relating a great deal to the lonely, depressed girl who gets involved with an older man and I was quite pleased with their choice of who to portray the character of Mirabelle. Then when Claire Danes portrayed a bi-polar person named Carrie has made me feel a stronger connection to her than before.  She is smart and talented and it has been a pleasure to see her grow up before the camera.  She is definitely someone I’d be friends with in real life!

Reading and writing and writing about reading are my passion. I've been keeping a journal since I was 14. I also write fiction and poetry. I published my first collection of short stories, "Radiant Darkness" in 2000. I followed that up with my first collection of poetry in 2001 called "Journey without a Map." In 2008, I published "Persephone's Echo" another collection of poetry. Since then I've also published Emotional Espionage, The Way The Story Ended, My Perfect Drug and Out There. I have my BA in English from The Ohio State University at Mansfield and my MA in English Lit from The University of North Carolina at Greensboro. I also have my Post BA Certificate in Women's Studies. I am the mother of two beautiful children. :-)
View all posts by carilynn27 →
This entry was posted in Literature/Pop Culture, Movies/TV and tagged A Polish Wedding, Aaron, Abandonment, Abuse, Affair, AJ Langer, Angela Chase, Ben, Best Friends, Bi-sexual, Breakdown Palace, Brian Krakow, Brother, Carrie Mathieson, Claire Danes, Devon Gummersole, Druggie, Felicity, Fibromyalgia, Friendship, Gay, Graham, Hallie, Homeland, Jared Leto, Jordan Catalano, Mirabelle, My So Called Life, My So-Called Life Goes On, Nicky, Obsession, Patty, Priest, Rayanne Graff, Relativity, Requiem For A Dream, Romeo + Juliet, Saving Grace, Shopgirl, Steve Martin, The Panic Room, U-Turn, Virginity. Bookmark the permalink.