Zealot: The Life and Times of Jesus of Nazareth by Reza Aslan caught my eye at the library, so I picked it up. I was not aware of the controversy surrounding it until after I’d finished and sat down to write my blog. It is just plain silly to think that because the author is Muslim that the book is an attack on Christianity.  The author is a biblical scholar and writes like one. It is much less biased than other accounts of Jesus’s life that I’ve read and those were written by Christians themselves.

Yes, he does differentiate between the perception of Jesus the man and Jesus as Christ. Perhaps that is what has all the conservatives all riled up.  Aslan, whose name recalls the Jesus-like lion from The Chronicles of Narnia, does a terrific job of placing Jesus in his historical context.  This is, in fact, a classic way to look at any text when analyzing it. That is nothing new. And neither are the controversies that Aslan brings up in the course of the book. 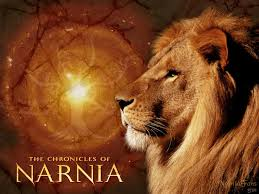 His main point is that Jesus was part of Zealot movement.  He was supposed to fulfill the role of the Jewish Messiah in that he was supposed to free Jerusalem from Roman Rule.  The idea that he was the savior of mankind came much later. His role was very specific to his time and place. Knowing that he was crucified for the crime of sedition is all we really need to know about him. He declared himself the King of Jews, and for that, he committed high treason in the eyes of Rome.

The virgin birth in Bethlehem was retro-fitted to make Jesus more of a Christ figure. The virgin birth was a staple of many mythologies. And it was unlikely that his parents traveled to Bethlehem for any sort of census. The resurrection element of the story of Jesus was new though.

Jesus often spoke of the Kingdom of God and the Son of Man. The Jehovah Witness believe that this Kingdom of God is yet to come and that after a world-wide Armageddon that the chosen ones will remain in an earthly paradise.  Aslan’s analysis points more toward the fact that Jesus was speaking specifically about his time in history.  He believed that the Jerusalem would be The Kingdom of God in his lifetime and that he would rule as “the son of man” and not “the son of God.” 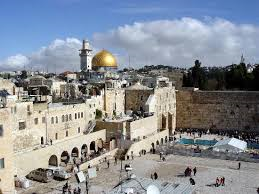 After Jesus’s death his followers were mostly aligned with his brother James. Saul, who became Paul, began teaching his own version of Christianity.  In fact, there is evidence that James and Paul were publically in conflict with one another.  James is reported to have called Paul to Jerusalem to recant his deviant teachings.  James saw his brother as a zealot and a messiah, but not necessarily as a world-wide Christ.

When James was killed, Peter took over Jesus’s movement.  Peter and Paul both ended up in Rome, but not much in known about the end of their days.  Paul ended up in Prison and Peter preached.  Ironically, it was Paul’s version of Christianity that gained popularity and ended up being adopted by the Roman Empire.

Reading and writing and writing about reading are my passion. I've been keeping a journal since I was 14. I also write fiction and poetry. I published my first collection of short stories, "Radiant Darkness" in 2000. I followed that up with my first collection of poetry in 2001 called "Journey without a Map." In 2008, I published "Persephone's Echo" another collection of poetry. Since then I've also published Emotional Espionage, The Way The Story Ended, My Perfect Drug and Out There. I have my BA in English from The Ohio State University at Mansfield and my MA in English Lit from The University of North Carolina at Greensboro. I also have my Post BA Certificate in Women's Studies. I am the mother of two beautiful children. :-)
View all posts by carilynn27 →
This entry was posted in History, Literature/Pop Culture, Politics/Economics, Religion and tagged Bethlehem, Christ, Christian, Crucifixion, Earthly Paradise, Essene Brotherhood, Fox News, James, Jehovah Wittness, Jerusalem, Jew, John the Baptist, Killed, King of the Jews, Messiah, Muslim, Overthrow Roman Rule, Paul, Prison, Reza Aslan, Roman Rule, Rome, Saul, The Chronicles of Narnia, The Kingdom of God, The Life and Times of Jesus, The Rapture, The Son of Man, Zealot. Bookmark the permalink.