I was watching Natalie and Dylan when it happened. Dylan was rummaging through Dennis’s desk looking for something when he came across a couple of video tapes.  Written on the spine of one were the words Hot Shots, so he thought it was the comedy movie with Charlie Sheen in it.  Casually he popped the movie in.  For a split second the movie played and the was long enough for me to see it wasn’t suitable viewing material for a twelve year-old and a ten-year old.  For just an instant, I saw what was unmistakably a penis penetrating a vagina.  I leaped across the room and hit the stop button.  I ejected the tape and told Dylan that he couldn’t watch it.  Dylan said little.  He just shrugged his shoulders and wondered out-loud why it was labeled Hot Shots if that wasn’t what was on the tape.  Natalie said the video looked gross and that she didn’t want to watch it anyway.

I re-hid the tapes in a better spot and wrote Dennis a note.  Mostly I told him that he shouldn’t keep such videos in such an easy to find place and that he shouldn’t own such videos anyway.  I didn’t make a huge deal out of it at the time, but a sinking feeling filled me.  I went home feeling uncomfortable that weekend.  Midweek I had a disturbing dream about the videos.  Curious as to why I felt so uncomfortable, I returned to Dennis’s apartment.  I used my key to get in when he was not at home and retrieved the videos from the spot I’d relocated them to.  I put in the video and watched it by myself.

Pornography was something I had not had much access to over the years.  My mother abhorred it and was generally disgusted by men’s objectification of women.  The first time I viewed anything remotely sexual was at Mom’s boyfriend Ralph’s house when I was nine.  Her boyfriend’s son, Jonathan, had discovered his father’s Penthouse magazine and was busy looking at it. He asked if I wanted to look.  I said no.  He coaxed me by saying it was just pictures of women in bathing suits and that I might want to see the suits.  Skeptically I took the magazine and looked.  It was far cry from Sport’s Illustrated Swimsuit Edition.  I will forever have those images burned into my brain now!  The first was of a woman in a thin white dress washing a car.  Blown up by a gust of wind her uplifted skirt revealed her nakedness underneath.  The next page showed a woman on top of jukebox, her legs spread eagle and showing everything God gave her.  The third was perhaps the most shocking of all, a woman with a man’s penis in her hand.  She was about to give him a blowjob, as was her friend who was also approaching the man with an open mouth!  I handed the magazine back and never said a word about the images.

At seventeen, I had my second dose of porn.  The video was unmistakably from the late seventies or early eighties—at least 10 years old at that point—and pretty cheesy.  A black man approached a white woman in her kitchen.  She was dressed in some flimsy nightgown and he was naked.  He took off her nightgown and they began having sex on the kitchen table.  I was a bit shocked and even a little horrified as they went in for the close-up.  I had had sex several times, but I had never actually seen what it looked like from that particular angle.  Looking at it was very different from feeling it in my opinion.  It looked like an unnatural act!  Who on earth would want to have sex after looking at porn I thought. As a woman I couldn’t imagine ever wanting to have sex after seeing what it looked like.  Had I not known it could feel so good I might have doubted that anyone found pleasure from all of that repeated thrusting and all that stretching!  Aye!  Watching it didn’t make me feel dirty or turned on.  What it made me feel was angry.  I didn’t know why I felt so damn angry all of the sudden.

It wasn’t about the people on the tape.  It was what they represented to me.  I felt used.  I felt dirty for having sex with Dennis.  The fear that he was using me for sex crept into my mind and haunted my heart.  I trusted him and loved him.  Was it possible that my own trust and love had been misplaced?  Could I be like the woman on the tape—there merely for his pleasure?  Did my feelings not count for anything?  How could I have been so naive to think that an older man could love me, as I ought to be loved?  How could I have been so stupid as to think we were on equal footing?  I always assumed we were equal partners in our relationship, but discovering the tape made me doubt that I had any control over what I’d stumbled into so blindly. 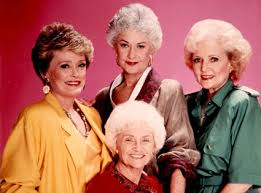 In a fit of anger, I rewound the tape and found something on TV to tape over it.  I thought it poetic justice that I chose to record a rerun of the Golden Girls over the tape.  Then I realized taping over it was not good enough.  I had to destroy the tapes and destroy any trace of my fears.   I had to get rid of any evidence that Dennis might not have the best intentions with me.  I left Dennis an urgent note that said we needed to talk immediately and I took the tape with me and tossed in the trash outside my house that night.

The next day, after my school and his work, he came to my house.  He was concerned about the note, but unsure of why I was so upset.  He sat down in my desk chair and asked what was up.

“You aren’t pregnant are you?” he asked.

I was shocked that he’d ask that.  Earlier we’d established that I’d gone off the pill and that there was no need to worry because he’d had a vasectomy after his two children were born.  He was done having kids.  He was now shooting blanks.  Apparently, he was worried that the vasectomy hadn’t worked.  It didn’t matter because I wasn’t pregnant.

“Then what?” he asked perplexed.

He didn’t say much; just that he was upset because it wasn’t his tape to begin with.  It had been a friend’s tape that he’d been given.  I didn’t believe that lie, but I didn’t call him on it either.  After he gave me a hug and told me it was okay and that he loved me, the subject was dropped all together.  How easily we let important issues just fall away and be forgotten.  We swept all of our dirt under the rug.

Reading and writing and writing about reading are my passion. I've been keeping a journal since I was 14. I also write fiction and poetry. I published my first collection of short stories, "Radiant Darkness" in 2000. I followed that up with my first collection of poetry in 2001 called "Journey without a Map." In 2008, I published "Persephone's Echo" another collection of poetry. Since then I've also published Emotional Espionage, The Way The Story Ended, My Perfect Drug and Out There. I have my BA in English from The Ohio State University at Mansfield and my MA in English Lit from The University of North Carolina at Greensboro. I also have my Post BA Certificate in Women's Studies. I am the mother of two beautiful children. :-)
View all posts by carilynn27 →
This entry was posted in Biology, Culture, Feminism, Flashback, Literature/Pop Culture, Movies/TV, Psychology and tagged 70s, 80s, Aborrhored, abused, Any Woman's Blues, Bessie Smith, Black Man, Blow Job, Boyfriend, Charlie Sheen, Cheesy, Erica Jong, Fears, Feminism, Golden Girls, Heart, Hot Shots, lies, Love, Magazine, Mom, Naked, Palyboy, Pamela Paul, Pink Floyd, Pornified, Porno, Pornography, Pregnant, Recorded Over, Sex on the Table, Stretching, Swim Suites, Thrusting, Under The Rug, Unnatural Act, Unzipped, Used, VHS Tape, White Woman. Bookmark the permalink.