Tales From The Stork 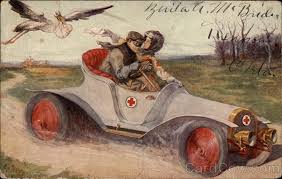 Tucked away, at the edge of town, was our apartment complex.  Apartment buildings clustered around five small lakes.  Ducks and geese lived at the lakes.  The ducks minded their own business and ran as soon as they saw you.  The geese were a little more stubborn.  Driving out the main road could prove frustrating when the geese refused to budge from the road.  You would have to practically run them over to get by.

On that fateful morning in February, both my husband and I saw something other than the usual duck or goose.  Standing the lake’s edge was a stork!  Surely a sign, if I’ve seen one.  Later that day I purchased a home test and took it.

I had been feeling tired, my breasts were tender and my period was late.  None of that convinced me though.  I was tired all the time and my breasts were often tender before my periods.  My periods were often late.  Something just felt different that day.  I didn’t feel quite like myself and then I saw the stork.  I decided to check and see if my quest to conceive had ended. 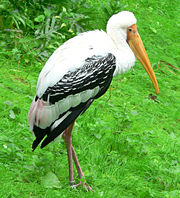 I didn’t even have to wait to see the second line in the test window.  It appeared nearly instantly.  I jumped up in down and squealed with joy.  I was so excited.  After I calmed down, I tried to organize my thoughts.  I needed to confirm the home test.  I couldn’t get Medicaid or prenatal care without a doctor’s confirmation.  I picked up the phone and called Planned Parenthood.  They squeezed me in that afternoon.

I peed in a cup and returned to the waiting room.  The nurse did the test and came to get me not five minutes later.  She sat me down in the discussion room and handed me a packet of information.  She smiled and congratulated me.  I beamed back.

For those of you who do not know how this all works let me fill you in. Planned Parenthood does not provide prenatal care.  They do exams, tests and educate people on birth control, but they do not take care of pregnant women.  They gave me a list of obgyns in the area and the number for Jobs and Family Services.  It was up to me to find a way to pay for the pregnancy and delivery since I did not have health care.  I had to take care of that before I could even begin the routine prenatal care I needed. 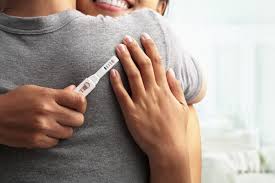 When my husband got home, I told him I had news and showed him the positive home test.  He didn’t seem phased one bit.  I was expecting a bit more of a reaction one-way or the other.  I asked him what he thought.  He shrugged and said that tests can be wrong.  Frustrated, I informed him that the test at the doctor’s office matched mine at home.  He still didn’t seem to believe me.  Though bothered by his nonreaction, I let it drop for the time being.  I set about calling my mother and grandmother with the news as he cooked dinner.

Later, I found out that he was simply afraid to get his hopes up.  My miscarriage deeply disappointed him as well and he didn’t want to go through that again.  He wasn’t going to count his children before they were born!  While that might have helped him with his anxiety, it did nothing to quell mine.  I was afraid of miscarrying again too, but days and then weeks passed with no bleeding.  All appeared to be well. 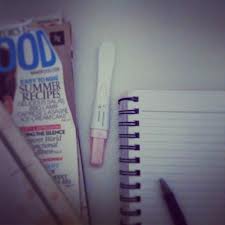 If you have never been to the “welfare” office, you can’t imagine how frustrating and humiliating it can be.  The workers treat you as if you are stupid just because you don’t earn much money.  They assume you aren’t educated, which I am.  I have a master’s degree and yet due to the economy and other things beyond my control, I could not afford health insurance.   You have to wait a long time to even see a receptionist and even longer to see a caseworker.  I am taking about an all day event here, not just an hour or two.  Just because I am poor they assume I don’t have anything better to do than sit in a cramped office with a bunch of people I don’t know?  I understand the need to organize the walk-ins by numbers, but why did they feel the need to accept only walk-ins in the first place?  Why couldn’t they set up more appointments to cut down on waiting?

In any case, my time was wasted.  We were denied Medicaid because we made just over the poverty line.  I realize that there is a need to draw a line somewhere, but the location of that line didn’t make any sense to me either.  We were supposed to be able to afford health care, but we still couldn’t on what we made.  How could they deny us health care when buying it ourselves would mean going with out food or moving to a slum?  We couldn’t cut corners in order to manage.  There were no corners to cut without it hurting us in the end.  Where do people go when they don’t belong with the poor or the middle class?

To Adopt-A-Mom that is where!  I discovered a program for mothers-to-be like myself.  I paid a small fee up front and they paid for all of my doctor’s visits. I was still responsible for all the money owed on labs and the delivery itself, but some help was better that none at all.  After my appointment with Adopt-A-Mom, I was finally able to set up my initial doctor’s appointment.  I was approximately two months before I saw a doctor, but that was not my fault. 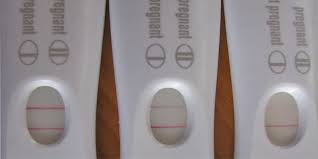 The intake nurse was wonderful.  It was while she was getting my medical history that she confirmed what I believed all along.  She said that what I went through back in October was most likely an early miscarriage.  She explained that it wasn’t uncommon to get a positive result and then miscarry a day or two later.  This was happening more a more as pregnancy test become increasingly sensitive and women were taking them even before their periods were due. False positives are rare indeed.  Occasionally, a woman will misread the test and see what is called an evaporation line, but since the doctor’s office did the test, that was unlikely. The thought that I wasn’t wrong about being pregnant and that someone acknowledged my miscarriage medically was comforting. 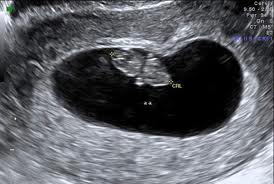 At my initial visit, they performed an ultrasound to confirm all well, and it was.  They did an exam and sent me on my way.

Reading and writing and writing about reading are my passion. I've been keeping a journal since I was 14. I also write fiction and poetry. I published my first collection of short stories, "Radiant Darkness" in 2000. I followed that up with my first collection of poetry in 2001 called "Journey without a Map." In 2008, I published "Persephone's Echo" another collection of poetry. Since then I've also published Emotional Espionage, The Way The Story Ended, My Perfect Drug and Out There. I have my BA in English from The Ohio State University at Mansfield and my MA in English Lit from The University of North Carolina at Greensboro. I also have my Post BA Certificate in Women's Studies. I am the mother of two beautiful children. :-)
View all posts by carilynn27 →
This entry was posted in Feminism, Flashback, Health and tagged Adopt A Mom, Afraid To Get Hopes Up, Anxiety, apppointment, Birth Control, Breasts Tender, Cari Lynn Vaughn, congratulated, Delivery, denied, Doctor, Evaporation Line, Fear of Miscarriage, Greensboro, Guilford County, Hidden Lakes, His Reaction, Human Services, husband, Jobs and Family Services, Medicaid, mother to be, Nausea, North Carolina, Ob-gyn, Over The Poverty Line, Planned Parenthood, Postive Pregnancy Test, Pregnancy, Showed Him The Test, Stork, Tired, Told Him The News, Ultrasound. Bookmark the permalink.