When I started my new job, I was informed I was working with two very huge Johnny Depp fans. This was also the case at my previous job. I’ve always liked him and enjoyed most of the films he’s made the past 30 years! The iconic actor just turned 51, but he doesn’t look a day over 31 in my opinion. 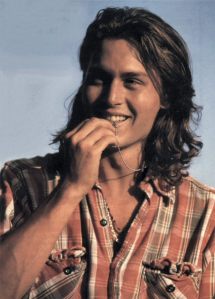 I remember seeing him on teen magazines in the late 80s, but I never actually watched 21 Jump Street. I first saw him in Cry-Baby and Edward Scissorhands. He was a bit of an oddball and that is perhaps what I loved most about him. Pretty much from the beginning of his career, he announced himself as a nonconformist. He went on to be in Benny and Joon as well as What’s Eating Gilbert Grape, two very good films. Depp was adapt at drama and comedy both. 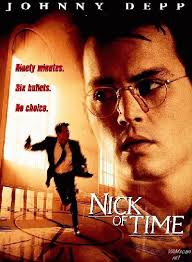 He was wonderfully romantic in Don Juan DeMarco. Then he proved he could play a relatively normal clean-cut father in The Nick of Time. But he soon returned to darker roles in Sleepy Hollow and The Ninth Gate. And then he was back to romantic in Chocalat. Then he played a drug dealer in Blow. His choice of roles is just as manic and all over the place as Depp himself! There is no real predictability in his career other than being unpredictable. 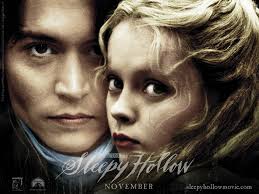 Despite being a Hollywood heavy hitter, he didn’t achieve the kind fame that reaches children of all ages until he played Jack Sparrow in Pirate’s of the Caribbean in 2003. It was a commercial success, but it wasn’t selling out as some have said. He was still able to be himself in a project he believed in. Some of his films have been hits and others misses, but that is not why he chooses a role. He chooses roles because he likes them and identifies with them in some way. 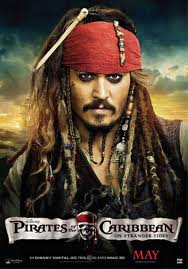 After Pirates he stared in the horror-drama the Secret Window, which many writer’s I know identified with. He went on to be in the movie Finding Neverland and Charlie and the Chocolate Factory. He returned his partnership with Tim Burton in the movie Corpse Bride before returning to the character of Jack Sparrow in two more Pirates movies. 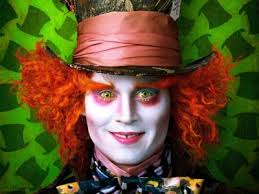 Loved him as the Mad Hatter in Alice in Wonderland. He was good in The Tourist and Rango as well. He returned to Hunter S Thompson in The Rum Diary. Though Dark Shadows wasn’t the best reboot of the 1970s Soap Opera, Depp gave a solid performance. The Lone Ranger was okay. Despite a flimsy script, Depp did fine. Honestly, he seems to play himself most of the time. While this may be a bit repetitive for most actors, Depp keeps it fresh and fun. Fans never tire of Depp, so they never tire of his movies. 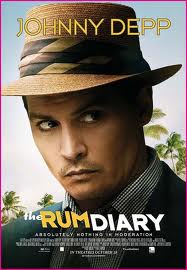 I look forward to seeing him in Transcendence and to seeing what he comes up with for the next Pirates movie. He has taken to not only acting, but writing the next script. He’s also performed songs various soundtracks. Originally he wanted to be a rock star rather than a movie star. I guess the acting thing kinda got in the way, but that is okay. I know lots of people who would have missed having him to stare at in a plethora of films over the years. 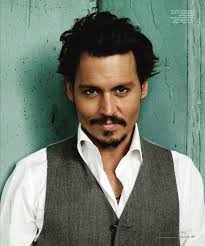 I never really had any dreams about him or felt drawn to any of his roles in particular. Still, I wouldn’t complain if I got a chance to meet him. I’ve liked nearly all the movies he’s been in over the years, so I guess you could say we had similar tastes.

Reading and writing and writing about reading are my passion. I've been keeping a journal since I was 14. I also write fiction and poetry. I published my first collection of short stories, "Radiant Darkness" in 2000. I followed that up with my first collection of poetry in 2001 called "Journey without a Map." In 2008, I published "Persephone's Echo" another collection of poetry. Since then I've also published Emotional Espionage, The Way The Story Ended, My Perfect Drug and Out There. I have my BA in English from The Ohio State University at Mansfield and my MA in English Lit from The University of North Carolina at Greensboro. I also have my Post BA Certificate in Women's Studies. I am the mother of two beautiful children. :-)
View all posts by carilynn27 →
This entry was posted in Literature/Pop Culture, Movies/TV and tagged 21 Jump Street, Alice in Wonderland, Benny and Joon, Blow, Chocolat, Co-Workers, Comedy, Corpse Bride, Cry-Baby, Dark, Dark Shadows, Don Juan DeMarco, Drama, Drug Dealer, Ed Wood, Edward ScissorhHands, Fans, Fear and Loathing in Las Vegas, Finding Neverland, Helena Bonhem Carter, Hunter S Thompson, Jack Sparrow, Johhny Depp, Mad Hatter, Music, Nick of Time, Nonconformist, Odd Ball, Pirates of the Caribbean, Plays Himself, Rango, Rock Star, Sleepy Hollow, Soap Opera, Soundtrack, Teen Idol, Teen Magazines, The 9th Gate, The Lone Ranger, The Rum Diary, The Secret Window, Tim Burton, Transcendence, What's Eating Gilbert Grape, Willie Wonka and the Chocolate Factory, Writer. Bookmark the permalink.