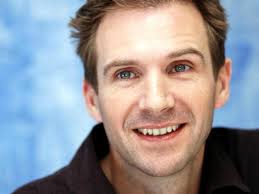 I first noticed this strange bloke in the 1995 Strange Days. Although Ralph Finnes had been acting for five years prior to that movie, I had not seen him before. It wasn’t until after I saw that movie that I went back and watched Wuthering Heights and Shindler’s List. Though Finnes could play the likable lead, he showed he had a dark edge early on.

His role in The English Patient established him as a romantic lead and tragic hero. I began to like something about Ralph Finnes. When he stared in The End of the Affair, I realized what it was. There was a sadness is his role choices, a wounded animal howl of his soul, that I identified with.

He went on to play roles in a number of movies which I never ended up seeing. He didn’t pop back up on my radar until he took the role of the Dark Lord himself—Lord Voldemort. When I heard he’d been cast in the last few Harry Potter films, I knew he’d be excellent in the role. And I was right. Ralph Finnes is truly frightening. Certainly the special effects help, but there is something just down right creepy about his mannerisms and seething anger.

Since being vanquished by Harry Potter, Finnes has been in a number of movies. He played Hades in Clash of the Titians and Wrath of the Titans. He also became the famous M in the James Bond Franchise—Skyfall and a new unnamed movie that hasn’t been released yet.

Though Finnes has been in blockbusters, we should not forget that he is also a Shakespearean actor as well. And talent just seems to run in his family. His younger brother Joseph Finnes was in Shakespeare in Love, Elizabeth and The Very Thought of You as well as many others. Perhaps most memorable was his role in the TV shows Flashforward and Camelot. 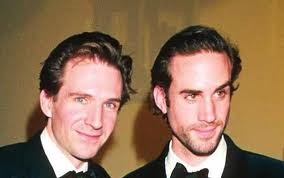 I think I might be a bit intimidated by Ralph Finnes, but to sit down to tea with him would be interesting. I am sure an intelligent discussion and lively debate over various aspects of his movies and characters would ensue.

Reading and writing and writing about reading are my passion. I've been keeping a journal since I was 14. I also write fiction and poetry. I published my first collection of short stories, "Radiant Darkness" in 2000. I followed that up with my first collection of poetry in 2001 called "Journey without a Map." In 2008, I published "Persephone's Echo" another collection of poetry. Since then I've also published Emotional Espionage, The Way The Story Ended, My Perfect Drug and Out There. I have my BA in English from The Ohio State University at Mansfield and my MA in English Lit from The University of North Carolina at Greensboro. I also have my Post BA Certificate in Women's Studies. I am the mother of two beautiful children. :-)
View all posts by carilynn27 →
This entry was posted in Literature/Pop Culture, Movies/TV and tagged 1992, 1995, 1996, Angry, British, Brothers, Camelot, Clash of the Titans, Dark, English, Family, Flashforward, Hades, Harry Potter, Heathcliff, Howl, James Bond, Joseph Finnes, Lord Voldemort, M, Ralph Finnes, Schindler's List, Shakespeare, Skyfall, Strange Days, The Avengers, The End of the Affair, The English Patient, The Very Thought of You, Wounded Animal, Wrath of the Titans, Wuthering Heights. Bookmark the permalink.