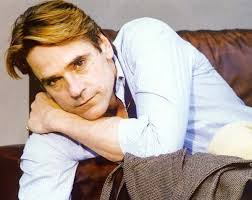 Jeremy Irons intrigues me. He stars with many of my favorite stars in happens to be in many movies I like. I first saw him in the 1990 film Reversal of Fortune with Glenn Close. After that, I saw him in The Lion King in 1994. He played an excellent villain. Little did I know he played the tragic Dr. Fleming in Damage with Juliette Binoche in 1992 Esteban in The House of Spirits with Glenn Close, Meryl Streep, Winona Rider and Antonio Banderas in 1993.

Irons is reserved and stately, which makes him good at playing politicians and other leaders. He is also able to be conniving and downright mean, which makes him a good villain. Yet, he is not afraid to be vulnerable, sexual and sad. He doesn’t shy away from the dark or the damaged characters. Perhaps that is why I like him. 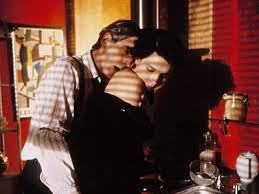 I loved him in Stealing Beauty with Liv Tyler. He plays a father-figure for her until she can figure out who her own father really is. And he was perfect as the pervert Humpert Humpert in Lolita. He brought the right amount of charisma and madness to the role.

Jeremy Irons reminds me a bit of my ex-boyfriend, though he looks nothing like him. I was 17 and he was 38 at the time. Though there might have been parallels between my situation and Lolita, I eventually realized that my relationship was a lot more complicated. Had I been younger than 17, it might have been more clear cut, but I was nearly an adult. Even still, the book Lolita and the actor Jeremy Irons reminded me of that relationship.

Anyway, he’s been in a variety of roles since then. He was in Casanova with Heath Ledger and Lena Olin and he was Appaloosa with Viggo Mortensen. For a British actor, Irons gets around. He has been in many American films as well as British over the years. 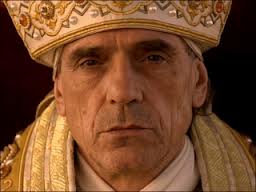 Irons took on the role of Rodrigo Borgia in the 2011-2013 Showtime series The Borgias. Joanne Whalley played his courtesan mistress and the mother of his children. Jeremy Irons recalls his previous rolls in Borgia’s shrewd political moves. Though Rodrigo Borgia was revered by some, he was reviled by others. His papacy was controversial long after he died and Irons does a good job of bringing the complicated man to life.

Most recently he has taken on the role of Macon Ravenwood in the teen supernatural thriller Beautiful Creatures. And he is set to take on the role of Alfred, Batman’s butler in Superman Vs Batman with Ben Affleck. If nothing else, Irons just keeps appearing in all the movies I like, so I might as well like him too right? Lol. He is nothing if not familiar after all this time.

Reading and writing and writing about reading are my passion. I've been keeping a journal since I was 14. I also write fiction and poetry. I published my first collection of short stories, "Radiant Darkness" in 2000. I followed that up with my first collection of poetry in 2001 called "Journey without a Map." In 2008, I published "Persephone's Echo" another collection of poetry. Since then I've also published Emotional Espionage, The Way The Story Ended, My Perfect Drug and Out There. I have my BA in English from The Ohio State University at Mansfield and my MA in English Lit from The University of North Carolina at Greensboro. I also have my Post BA Certificate in Women's Studies. I am the mother of two beautiful children. :-)
View all posts by carilynn27 →
This entry was posted in Literature/Pop Culture, Movies/TV and tagged 17, 1990, 1993, 1995, 2010, 2013, 38, Alfred, Antonio Banderas, Appaloosa, Beautiful Creatures, Ben Affleck, Borgais, British, Casanova, Damage, Dungeons and Dragons, England, Ex-Boyfriend, Glen Close, Heath Ledger, House of the Spirits, Humpert Humpert, Isabelle Allende, Italy, Jeremy Irons, Joanne Whalley, Juliette Binoche, Lena Olin, Liv Tyler, Lolita, Macon Ravenwood, Meryl Streep, relationship, Reversal of Fortune, Rodrigo Borgia, Stealing Beauty, Superman VS Batman, The Lion King, Viggo Mortensen, Winona Rider. Bookmark the permalink.