I read the 2009 book Boneshaker by Cherie Priest in 2012. I was hooked after that. I recently had discovered the genre of Steampunk and read that Priest was one of the best and most popular authors of Steampunk. Her Clockwork Century series is really the template for the genre, much like Tolkien is the template for high fantasy. Priest combines alternative history with zombies! What is not to love?

After Boneshaker came Clementine, Dreadnaught, Ganymede, The Inexplicables and Fiddlehead. She not only focuses on the destruction of early Seattle, but also explores the politics of the Civil War. It is a smart and enjoyable series to read. Each book focuses on a new protagonist, but intertwine with the rest of the characters in some way. Some of the characters are more likable than others, but each book progresses the world a bit more, so each novel is definitely worth reading. 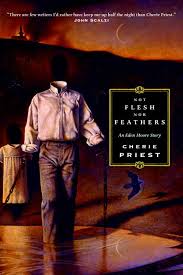 After I finished her Clockwork Series, I went back and read her earlier Eden Moore Series. Flesh Not Feather, Four and Twenty Blackbirds and Wings To The Kingdom were all good. Though I generally don’t read much in the horror genre, I enjoyed her Southern Gothic Tales. They reminded me of Faulkner and Flannery O’Connor. I was pulled into Eden’s creepy world and was drawn on by wanting to more about her past. 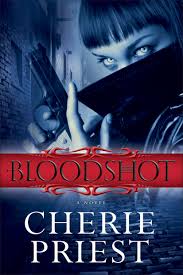 Then I moved onto her two vampire detective novels Bloodshot and Hellbent. Though Raylene Pendle is great fun and I like the urban fantasy genre, these two novel weren’t as good as her others. Still, I enjoyed reading them. The plot is quick moving like a movie, but you don’t get a lot of background on vampires in her world.

Fathom and Dreadful Skin were both interesting as well. Fathom was full of mythology and gods and, of course, saving the world. Two teenage girls in Florida stumble upon a horrible murder and get wrapped up in a supernatural story. Dreadful Skin was about a werewolf. It was an interesting twist on the age old story with guns and nuns in addition to the shape-shifter. The narrative is told by three people in three different parts and takes place during the post civil war days. Though not my favorite Priest book, it was definitely worth reading.

After reading all of Priest’s work and reading Gail Carriger’s Parasol Protectorate series, I decided to use Cherie and Gail in my own supernatural tale entitled The Lost Hotel. They became the two best friends who stumble into a parallel universe traveling hotel. In order to get back to their universe they need to collect all the items that have left the hotel over the years and return them back to their proper place. Among the places they travel is a steampunk alternative universe! 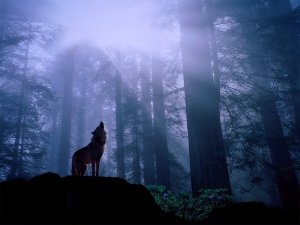 I also wrote the steampunk smash up Prospector Pirates and the early American werewolf story A Fortunate Curse. Though Cherie and Gail didn’t make it directly in those stories, their books were certainly an inspiration to delve to the Steampunk and Werewolf Genres. I thank Cherie Priest for paving the way for authors like me!

Reading and writing and writing about reading are my passion. I've been keeping a journal since I was 14. I also write fiction and poetry. I published my first collection of short stories, "Radiant Darkness" in 2000. I followed that up with my first collection of poetry in 2001 called "Journey without a Map." In 2008, I published "Persephone's Echo" another collection of poetry. Since then I've also published Emotional Espionage, The Way The Story Ended, My Perfect Drug and Out There. I have my BA in English from The Ohio State University at Mansfield and my MA in English Lit from The University of North Carolina at Greensboro. I also have my Post BA Certificate in Women's Studies. I am the mother of two beautiful children. :-)
View all posts by carilynn27 →
This entry was posted in Literature/Pop Culture, Mythology, Wicca, Writing and tagged A Fortunate Curse, Abraham Lincoln, Alternative History, Bloodshot, Boneshaker, Cari Lynn Vaughn, Cherie Priest, Civil War, Clockwork Century, Dreadful Skin, Dreadnought, Eden Moore, Fathom, Faulkner, Fiddlehead, Flannery O'Connor, Flesh Not Feathers, Florida, Four and Twenty Blackbirds, Gail Carriger, Ganymede, Ghosts, Gods, Hellbent, High Priestess of Steampunk, Machines, Poison, Prospector Pirates, Raylene Pendle, Seatle, Southern Gothic, Steampunk, The Inexplicables, The Lost Hotel, Vampires, Werewolf, Wings of the Kingdom, zombies. Bookmark the permalink.