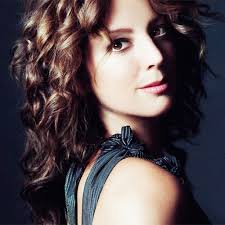 Like many others, I didn’t really know who Sarah McLauchlan was until after her 1997 Surfacing. Surfacing was a reference to the 1972 Margaret Atwood novel of the same name. In the novel the female narrator is driven mad by her past. She eventually loses herself to the wilds of Canada. One of the major themes of the novel is separation, which is, no so coincidentally, the same theme of McLauchlan’s CD. 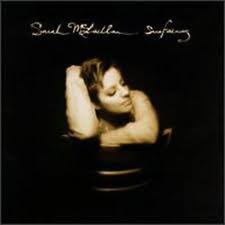 The song Building A Mystery reminded me a great deal of the men in my life. When I sat down to write my Greek Mythology themed book of poetry, Persephone’s Echo, this song came to mind. It seemed like a great metaphor to intertwine with Daedalus, the builder of the labyrinth.

Her song Winter and I Love You both inspired poems as well. I borrow the line “Island of Hope” from I Love You. Sweet Surrender and Adia were both good songs as well. Of course Angel was her biggest hit. It was used in the movie The City of Angels starring Nicolas Cage and Meg Ryan. Though The City of Angels was good, the original Wim Wender’s German classic Wings of Desire was much better.

In 1997 Sarah McLauchlan provided the vocals for Delirium’s song Silence. However, I did not discover Silence until 2010 though. Silence came to represent how I felt during a very difficult time in my life. The song connected to both Joel and the TV show Lost for me, so I wrote the lyrics into a diary entry.

Possession was poetic. In 2003 the song Hold On reminded me of my friend Lynn and her husband, who was battling cancer. Ice Cream created a debate between my boyfriend and me back in 1999. He said Ice Cream was better than love and I was offended. This led him to give me the nickname “his little cookie dough” since cookie dough ice cream was his favorite. 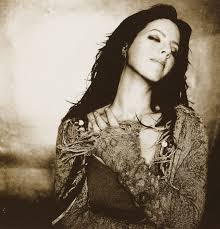 McLauchlan came out with her new album Afterglow in 2003. Though perhaps not as strong as her 1997 album, I liked many of the songs on it. World on Fire played on the show Alias in Season 3. Her songs Fallen and Stupid hit home for me in 2005. Between the bankruptcy and the debacle with Ben, I was feeling like a stupid fallen woman. 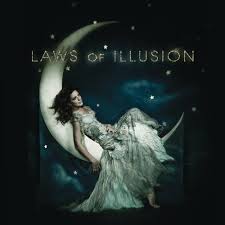 The Law of Illusion was released in 2010. I listened to the CD, but did not connect with any of the songs on the album. I am looking forward to getting her new album Shine On. I haven’t heard her new single on the radio yet.

Reading and writing and writing about reading are my passion. I've been keeping a journal since I was 14. I also write fiction and poetry. I published my first collection of short stories, "Radiant Darkness" in 2000. I followed that up with my first collection of poetry in 2001 called "Journey without a Map." In 2008, I published "Persephone's Echo" another collection of poetry. Since then I've also published Emotional Espionage, The Way The Story Ended, My Perfect Drug and Out There. I have my BA in English from The Ohio State University at Mansfield and my MA in English Lit from The University of North Carolina at Greensboro. I also have my Post BA Certificate in Women's Studies. I am the mother of two beautiful children. :-)
View all posts by carilynn27 →
This entry was posted in Feminism, Lost, Movies/TV, Music and tagged 1995, 1996, 1997, 2003, 2005, 2010, 2014, Adia, Afterglow, Alias, Angel, Bankruptcy, Ben, Brothers McMullan, Canada, Cari Lynn Vaughn, City of Angels, Closer, Delirium, Ethan McMillian, Fallen, Felcity, Feminism, Fumbling Toward Ectasy, Hold On, I Love You, Ice Cream, isolation, J.J. Abrams, Jason Vaughn, Joel, Laws of Illusion, Lillith Fair, Lost, Margaret Atwood, Persephone's Echo, Possession, Sarah MacLaughlan, Seperation, Shine On, Silence, Singer, Solace, Stupid, Surfacing, Sweet Surrender, Touch, Vox, Wings of Desire, Winter, Winter Song, World on Fire. Bookmark the permalink.