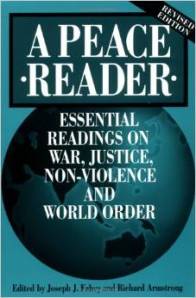 Europeans did not conquer North America without Violence. Yet some deliberately sought in these colonial ventures to establish peace practices. That gave new dimensions to the western peace traditions.

Customarily Indians viewed as an episodic exercise that offered a minimum of violence and a maximum of opportunity for the individual warrior to humiliate an enemy without inflicting physical harm,. Killing even amongst the bitterest rivals was discouraged and if a warrior did die, the other victims in the family were entitled to compensation from the attacking group. War parties seldom consisted of more than a few of the most fearsome of men who had perfected the hit-and-run skirmish over set piece battles.

Yet Peace reforms have gone on for 2 reasons. 1) Because they have denounced war as a collective behavior that corrupts social order, Christian ethics as well as human well-being. 2) They have worked from the principal to establish alternative means of evolving human conflicts and developing forms of group harmony so that peace might persist as a living social dynamic.

Despite these intramural differences, however, the peace movement moved forward after 1919 upon the shared awareness of the consuming destructiveness of modern totality of war. Rationally, the issue seemed simple. Industrial people would have peace or they would perish.

William Penn was the first authentic Peace Hero in Anglo-American history. Pennsylvania was far more than a business venture for Penn. It was the only place where prosecuted Quakers could escape and do their thing. It was the only place to work out the New Testament in the New World. With help of the radical Republican theories that Penn absorbed from his contemporizes he made an attempt at the worlds boldest attempt toward planned social harmony. He and his associates fashioned a policy rooted in the vision of peace rooted in Justice.

William Penn went to jail for two years and wrote the essay “Essay Toward the Present and Future of Europe.”

Through patience, not weapons, Quakers and Indians carved out a record of peaceful relations that remains unmatched in the meeting migratory peoples.

Mennonites identify themselves as defenders of the Christian saying, “Our weapons are not the sword and spear, but patience, silence and hope and the word of God.” They would suffer for God, but not kill for him.

There was several dozen state and local societies between 1826 and 1840. But the American Society for National Consolidation lost Momentum in 1840

People were discouraged and didn’t approve of the Revolutionary and, later, Civil War. People published pamphlets and books.

Organized Peace Seeking rather slipped in strength until a retired New England Sea Captain William Ladd (1778-1841) gave it new life in 1825. Ladd decided that countries shrinking in their peace movements needed to become National in scope and more efficient. He formed The American Peace Society in May of 1828.

A division of the American Peace Society was the New England Resilience Society. 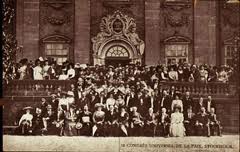 Most Peace reforms tolerated or weakened on the topic of slavery and the violence to slaves after 1850. In May 1861 the delegates to the American Peace Society declared their support of the Union.

Joshua Blanchard-Ezra Heywood created the Universal Peace Association Reform UPA. A Feminist Delva A Lockwood (1830-1917) severed as the organizations most effective lobbyist. However, most feminists failed to sustain any sort of Peace Organization.

The most promising post-war feminist Peace Effort was September 1870 when Julia Ward Howe (1819 to 1910) until she lost support from both sexes.

David Dudley Field (1800-1892) coordinated an Independent Effort that produced that landmark draft of “An International Code” In 1872. 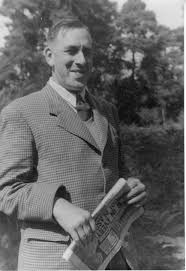 Alfred Love and UPA leaders sponsored an annual series of Summer Meetings in Mystic, Connecticut after 1893. The Mystic meeting attracted thousands of visitors to the joyous celebration that featured games, Peace displays and the climatic release of 1000 confused doves of Peace!

Leo Tolstoy (1828-1910) was a Russian Literary giant. He wanted to replace the human law of violence with the Christian law of love. In 1887 he spread his message of love to the US and the world.

June 15, 1898 there was a large crowd of Boston Reformers that met to form the Anti-Imperialist League. While differing over imperialism, cosmopolitan Peace workers rallied as one in support of the first Hague Conference called by the Russian Czar Nicholas III in 1890 to consider arm limitation. The first Hague Conference met in early 1899 in an attempt to move the powers to deal with the question of international arms, the rules of war and an international court of justice. America’s Peace Works was greatly interested.

The outbreak of the Great War in 1914 undermined their first assumptions and opened the way for the creation of the Modern American Peace Movement. Between 1901 and 1914 new Peace Organizations appeared in the US in a growth spurt unequaled in the history of Peace Reform.
Operational, the most advanced achievement of practical Peace Movement took place in 1907, when over 1200 delegates, including US Cabinet Officers, Senators and Supreme Court Justices from 39 States and 18 nations met at the 4 day National Arbitration and Peace Congress in New York.

It was funded by millionaires—by people like John D Rockefeller and organized by Carnegie. The congress aimed to generate popular support for an advanced American position at the upcoming Hague conference. They also (Carnegie at least) had hopes of a National Peace Society and disarmament.

Over 40,000 people attended the congresses 7 meetings in Carnegie Hall. It was the largest and most respectable peace rally in American History.

Edwin Ginn was at the 1909 Lake Monhonk Conference action on the proposition for enlarging the Peace Movement. In July 1910 he received $50,000 toward the formation was an International School For Peace. 5 months later the school became the World Peace Foundation or WPF.

In the same month that WPF stared, Carnegie contributed 10 Million in Steel Corporation bonds toward the formation in NYC of the Carnegie Endowment for International Peace or CEIP. Carnegie told Endowment Officers to “Hasten the absolution of international war, the foulest blot upon civilization.” 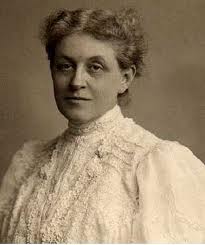 Julia Grace and Carrie Chapman Catt promoted 3,000 leading woman to meet in Washington in January of 1915 and formed the Woman’s Peace Party or WPP. Also American Union Against Militarism (AUAM)

But Peace activism gained fresh momentum as two vibrant new modes of action liberal interaction. League of Free Nations in 1924. War Resisters League 1924. National Council for Prevention of War in 1922. National Conference on the Cause and Cure of War in 1924.
League of Nations Non-Partisan Association.

1934 Harvard Lawyer named Richard Greg wrote a book called “The Power of Nonviolence.” In it, he spoke of Gandhi.

On April 13, 1934 various socialist and communists joined in a rare united effort to produce a massive student strike against war. Nearly 25,000 students left class to protest.

One British Commander called the anti-war movement “A formless affair made up of many groups and many leaders, not one who can be called to be a representative of the whole.” Yet another anti-war opposition clearly proliferated. 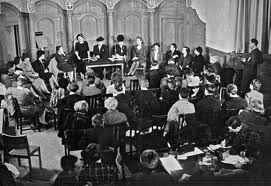 On June 26, 1945 delegates from 55 Nations met in San Francisco to sign the charter of the new United Nations. (UN) Pledging to Unite Through Our Strength in common pursuit of Justice and Security. Seven weeks later the atomic bomb devastated Hiroshima and Nagasaki. It helped an the war and brought the US to a new level of being armed. Peace Seekers generally disliked the modest scope of the UN, and yet they valued the UN as an essential step toward the sort of International Cooperation that was all the more vital with the dawn of the atomic age.

Beginning in the mid-1940s there arose a group of anti-communist liberals who supported Truman’s Cold War Politics and greater public works through military spending.

Radical Pacifist in CORE and FOR had long been active in resisting racial discrimination through nonviolent action. Yet none of their work galvanized blacks and sympathizing whites like the storm the swept Montgomery, Alabama in 1955 and like Rosa Parks and Dr. Martin Luther King. Turn Toward Peace (TTP)

Anti-War activism expanded in the US during 1965-1970 with such rapidness, diversity and spontaneity that it seemed to prelude the very existence of an organized movement.

These early Peace Promoters prompted nearly 4 million people to take different actions toward opposing the war in Vietnam years later. International Day of Protest in NY on 5th Ave in 1965 and 1966. Hippies spoke of the need for simplicity and community as well as love and peace. And they were bothered by the middle class people of America. Stop the Draft Week October 21 and October 22 in 1967.

38 hour March Against Death began on a Thursday when participants carried placards with the names of every American killed in Vietnam. They marched from the Arlington Cemetery past the White House to the Capital, where signs were placed in wooden coffins.

National Peace Action Coalition (NPAC) and People’s Coalition for Peace and Justice (PCP) came around in 1971. 300,000 people in Washington and 150,000 in San Francisco demanded immediate withdrawal from Vietnam. Nixon had over 12,000 people arrested. 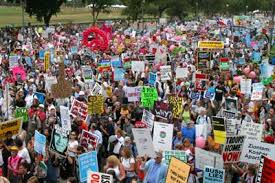 1971 Peace Treaty and US withdrawal terms set down by the NLF.

Many Americans have consistency resolved to govern themselves in ways accountable either to reform Christian sensibility or to some humanitarian consciousness and self-accountability, they are obligated to act in pursuit of some higher good. Over time large numbers have perceived this good as work toward peace and they voluntarily struggled to make it real.