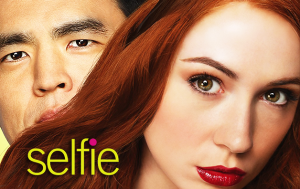 Selfie is the new romantic comedy show on ABC. It centers on Eliza Dooley, who is a vapid young woman obsessed with social media. She goes to her co-worker Henry Higgs to learn how to have friends in real life, not just online. As soon ass I heard the names, I knew it was inspired by the 1912 play Pygmalion by George Bernard Shaw.

Pygmalion is George Bernard Shaw’s most popular play. It was made into an even more popular musical called My Fair Lady in 1956. The musical then became a movie in 1964. GBS struggled with its popularity. Despite bringing in a good deal of profit, producers wanted him to changed the end. Henry and Eliza should end up together they argued. But GBS was adamant that in order for the play to work, that Eliza had to outgrow Henry and move on. He was trying to turn the myth on its head and comment on modern society, not retell the original. 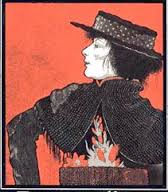 The original myth was in Ovid’s Metamorphosis. The famous sculptor Pygmalion (Pumayyaton in Phoenician). He creates a perfect woman in stone and wishes she’d come alive. Certainly no mortal woman had ever caught his eye before—not like Galatea. Aphrodite (Venus) grants his wish and makes Galatea come to life. Pygmalion marries his creation and they have two kids. They live happily ever after. 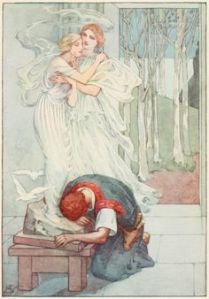 It takes the idea of a soul mate a step further, saying that our desires do the creating. Instead of being destined to meet your true love, you create your one true love and she or he manifests into something physical or solid. Shaw takes this a step beyond to say that we all grow and change. In the tradition of Creative Evolution, he sees the soul mates outgrowing each other. Once they can no longer affect change in one another, they have to move onward. 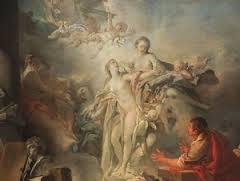 This idea of affecting change in one another is something I ascribe to myself. That is not to say I want to shape, mold or manipulate anyone. You can’t create your perfect mate. You can, however, help them grow as a person. Just being in their life, you alter who they are. By the same token, they will alter you as well. It has to go both ways. You have to be open and willing to change yourself or to improve yourself. It is important to note that change or growth in a relationship does not necessarily change the love feel. Your love should not be dependent upon the changes in someone. It should merely deepen the love you feel or already felt.

Reading and writing and writing about reading are my passion. I've been keeping a journal since I was 14. I also write fiction and poetry. I published my first collection of short stories, "Radiant Darkness" in 2000. I followed that up with my first collection of poetry in 2001 called "Journey without a Map." In 2008, I published "Persephone's Echo" another collection of poetry. Since then I've also published Emotional Espionage, The Way The Story Ended, My Perfect Drug and Out There. I have my BA in English from The Ohio State University at Mansfield and my MA in English Lit from The University of North Carolina at Greensboro. I also have my Post BA Certificate in Women's Studies. I am the mother of two beautiful children. :-)
View all posts by carilynn27 →
This entry was posted in Literature/Pop Culture, Movies/TV and tagged 1912, 1956, 1964, 2014, Affect Change, Aphrodite, Can't Create Perfect Mate, Change, Creative Evolution, Critics, Desires, Eliza, Eliza Dooley, Eliza Doolittle, Ending, Galatea, George Bernard Shaw, Grow As A Person, Happily Ever After, Henry Higgins, Henry Higgs, Manifests, Manipulate, Metamorphosis, Movie, Musical, My Fair Lady, Outgrow, Ovid, Play, Pofit, popular, Pygmalion, Sculptor, Selfie, Soul Mate, Soulmate, True Love, Turn Myth On Its Head, Venus. Bookmark the permalink.