Stuff: Compulsive Hoarding and The Meaning of Things 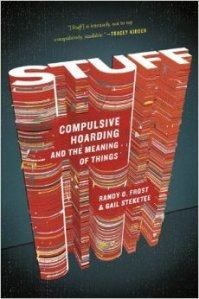 In 1947 two dead bodies were found in a New York Brownstone. What made news was the fact that the house contained 170 tons of junk, including 14 Grand Pianos and a Model T Ford. Hoarding has been around a long time, but it has only recently gained media attention.

What are the characteristics of a hoarder? Many suffer from perfectionism, indecision, powerful beliefs about attachments to objects, being unable to figure out where things go or where to put it. They have a fear that if it is out of sight, it is out of mind.

Hoarding is a subset of OCD. They often shop compulsively, some are even kleptomaniacs. They have a fear of waste and take comfort in objects. Hoarders sometimes keep stuff “just in case they need it later.” 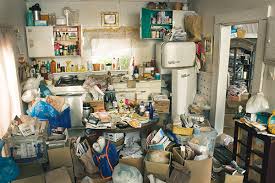 But what gives things value? Why do we own what we do?” Plato says that ownership should be banned but Aristotle felt that ownership was essential for a person’s moral character. Sir Thomas Aquinas believed we just held stewardship over God’s things. Locke felt things belonged only to those who work for them. Hume saw possession as a part of the person. William James believed that me, mine and self consist of what we possess. Erich Fromm felt acquisitions create the core aspect of our character. Karl Abraham felt people kept things to keep a part of themselves and Freud felt keeping things was a part of anal fixation.

What separates normal everyday collectors from hoarders? Collectors collect things like stamps and coins—things that may be worth money. Hoarders may collect things like empty packages and can—things that don’t have any monetary value. A collection is having more than one item that has a theme or similarity. Collectors can find collection as enjoyable as courtship. They have a goal of what they want to collect and get much pleasure out of figuring out how to add to their collection. People who collect do so because they desire an aesthetic or because they like having a sense of mastery over their chosen objects. 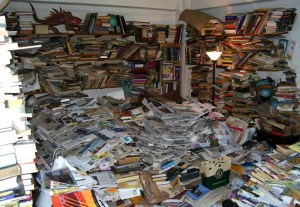 On the far end of the spectrum collecting can be connected to self-worth. Some collectors feel like their collections are the only things that give their life meaning. Others collect random things in order to keep a time capsule or snapshot of their life at a given time. Some have curio cabinets for strange, wonderful or curious objects that are not really connected in any way.

Distress and anxiety take collecting into the hoarding pathology. Hoarding is not defined by the number of possessions, but by how the acquisition and management of those things affect the owner. Excessive clutter is a hallmark heading of a need to fill space. Some people can fill as many as five or six houses with clutter. They fill one and move to another and fill that one too.

Hoarding can be pleasurable. Acquiring the stuff can be fun, rather it is bought, stolen or received a gift. And not all Hoarders live in dilapidated houses. Some live in nice houses, that are well maintained on the outside. Only about half of all Hoarders live in fallen down houses. 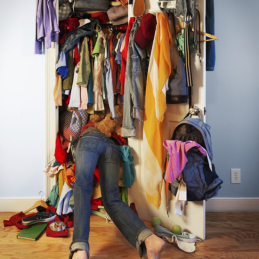 So what causes someone to become a Hoarder? Often times there is abuse or some sort of trauma that happened in that person’s childhood. Some have a pathological fear of missing out on things or a deep seated fear of failing to remember their past. Others attach collecting things to a need for perfection in their lives. They collect in order to control certain situation and gain self-esteem in creating something that is perfect. And they get very upset when it doesn’t go “just right.”

Animal Hoarders exist too. That crazy cat lady suffers from OCD and Hoarding as well. Most animal Hoarders are indeed women over 40 who are single, divorced or widowed. They usually suffered from abuse or neglect as a child. They collect animals out of a mission to rescue them or they become overwhelmed by what they feel is their duty. Some can even become exploitative of the animals and ended up charged with animal cruelty—thought that isn’t extremely common. These animal Hoarders are often delusional about their problem until they finally take steps to overcome it. 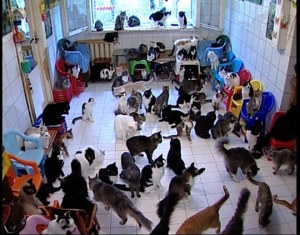 Hoarders don’t like to clean or organize their messes because it causes them pain. Sorting out their belongings causes anxiety and depression, so they avoid doing so. They often avoid making decisions or taking action in other areas of their lives as well. They often claim they don’t have time to really dig in and do what needs to be done.

Hoarding rubbish is called Syllogmania. This is often in conjunction with Diogenes or Senile Recluse Syndrome. The elderly neglect themselves—having poor personal hygiene and living in squalid conditions.

ADD or ADHD is frequently observed in those with Hoarding issues. They are distracted easily, can’t finish projects, lose things, are forgetful and talk excessively. However, Hoarders often describe themselves as “artists” even if they don’t actively practice an art. 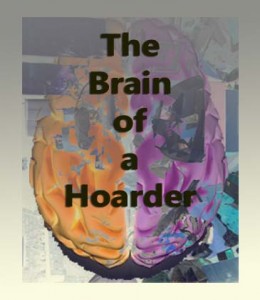 Doctors have found that the prefrontal region of the brain is responsible for goal directed behavior, planning, organization and decision making. They also found that lower metabolic rates in the cingulate cortex are found in Hoarders. This lower metabolic rate can cause lack of motivation, lack of attention, an inability to identify errors and issues with decision making. Does that damage to that region cause the Hoarder to become what they are or does it simply reflect what they’ve already become? That they have yet to figure out.

Kids can be Hoarders too. There are several documented cases of kids obsessively collecting, stealing and keeping objects. At such an early age it is the behavior surrounding the objects that garner the most attention. Some kids throw many tantrums and appear to be very particular about their belongings in addition to other issues. Usually the other behavioral problems overshadow the Hoarding itself, but they do exhibit many of the same thoughts, feelings and behaviors of adult Hoarders. 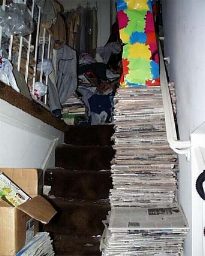 Overall, those who Hoard believe that without their things they don’t exist—that they are nothing. They readily confuse HAVING with BEING. Their things are an extension of themselves and those people who throw away their stuff are seen as a threat. Hoarders feel violated when their stuff is messed with even if it a health hazard to them.

There are many self-help books out there for those need some assistance in dealing with Hoarding. There are also plenty of trained psychologists and therapy groups to help, should the Hoarder want to reach out. Usually it takes a lot of love and understanding from the loved ones of Hoarders to get them past their need to Hoard though.

Reading and writing and writing about reading are my passion. I've been keeping a journal since I was 14. I also write fiction and poetry. I published my first collection of short stories, "Radiant Darkness" in 2000. I followed that up with my first collection of poetry in 2001 called "Journey without a Map." In 2008, I published "Persephone's Echo" another collection of poetry. Since then I've also published Emotional Espionage, The Way The Story Ended, My Perfect Drug and Out There. I have my BA in English from The Ohio State University at Mansfield and my MA in English Lit from The University of North Carolina at Greensboro. I also have my Post BA Certificate in Women's Studies. I am the mother of two beautiful children. :-)
View all posts by carilynn27 →
This entry was posted in Psychology and tagged 14 Grand Pianos, 1947, Acquisitions, ADD, ADHD, Animal Cruelty, Animal Hoarding, Anxiety, Avoid Pain, Can't Finish Projects, Can't Make Decisions, Cat Lady, Collections, Collectors, Compulsive Buying, Courtships, Decisions, Depression, Difficulty With Organization, Diogenes, Distracted, Elderly, Empty Packages, Erich Fromm, Fear of Failure, Forgetful. Artists, Goal, Having Vs Being, Hoarding, Hume, John Locke, Karl Abraham, Kids, Kleptomania, Lose Things, Middle Age, Model T Ford, Monetary Value, Need to Fill Space, No Monetary Value, OCD, Perfectionism, Plato, prefrontal cortex, Rubbish, Self-Neglect, Shopaholic, Sir Thomas Aquinas, Stealing, Stuff, Syllogmanic, Tantrums, Trash, William James. Bookmark the permalink.

1 Response to Stuff: Compulsive Hoarding and The Meaning of Things