I had read about Yoga in the late 80s and early 90s when it became popular, but I lived in a small town that was always behind the times, so there was never a class close by I could go to as a teenager. It wasn’t until the summer of 1998, that I discovered that the YMCA in Mansfield was offering classes at long last. I signed up and was eager to experience Yoga for myself. 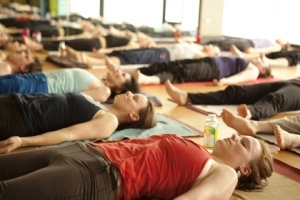 My first teacher was a woman named Claudia Cummins. I was 21 at the time and she probably about 9 or 10 years older than me. She was the one who explained the basics of the practice and let us know that we were practicing Hatha Yoga. Hatha means force and Yoga means to yoke or harness. Thus Hatha Yoga is all about harnessing the life force through its practice of the asanas or poses. We practiced some of the basic poses like Mountain, Child, Warrior, Tree, Downward Facing Dog and Corpse Pose. I remember looking forward to the last bit of class, where we wound down and relaxed, I left class feeling a lot more at peace than when I arrived. Even my boyfriend noticed a definite reduction in my stress levels when I attended class. 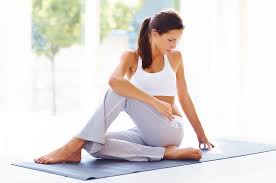 I wasn’t able to continue going that fall or winter because of my busy schedule, but when summer rolled around and again, I made sure to sign up again. I went for awhile before I moved from Shelby, Ohio to Greensboro, North Carolina. It took me several months to discover a local Yoga Instructor who was close and fit my schedule and my budget. Alice Vaughn-Goldman ran Everyday Yoga. She rented a room on the Guilford College Campus.
In Everyday Yoga I was introduced to blocks and belts to enhance our practice. Alice also was the first instructor I had that ended each class with the word Namaste. She also sometimes had us rub our hands together to warm them up and place them over our eyes before we opened them back up at the end of our practice. Though Alice didn’t often discuss some of the emotional or spiritual aspects of yoga, I liked that she sometimes had photocopies of articles from Yoga Journal for us to take if we wanted. I stayed in her Yoga class from 2001 until I got pregnant with my daughter in 2003. 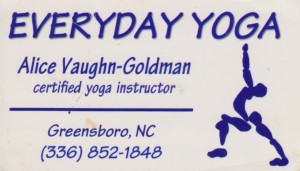 I began collection articles from Yoga Journal and other Yoga magazines during this time. I worked at Barnes and Noble and I was able to get old magazines for free. I also purchased a book on yoga and set about practicing at home. I was never able to practice every day of the week, but I did go from one day a week in class, to one class a week plus several times a week additional practice at home. 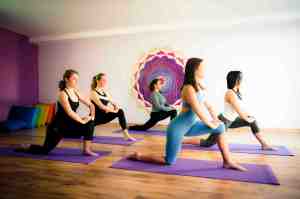 When I returned to Ohio with my daughter, I was unable to afford Yoga Classes, though I certainly could have used them. I was a very stressed and exhausted new mother with no time to herself. It wasn’t until 2006 that I was able to practice again. This time I got to teach an Introduction to Yoga Class. I’d had experience teaching English Classes and I’d had some experience practicing Yoga, but never teaching Yoga. I informed Madison Adult Education that I was not certified, but that I knew enough to teach a basic course. They didn’t seem to mind, so I taught Introduction to Yoga. I put together weekly lesson plans and kept the binder with me during class. I tried to expose them to a variety of poses and ideas as we went along. I wish I’d been comfortable enough to wing the classes, but I am scatterbrained even on my best days and I wanted to make sure I was teaching them correctly.

I think the first class went well. Everyone seemed to enjoy it. It was my second or third time teaching the class where I ran into a bit of a problem. I became pregnant with my second child and was suffering from morning sickness. I managed the first few classes okay, but I had to modify the poses. I researched what poses were okay to do during the first trimester and what was not. And, unfortunately, my movements were restricted at first. My students were a little frustrated that it was not as challenging as before. Then I got the flu on top of my morning sickness and was incapacitated for about two weeks. When fall rolled around Madison Adult Education decided not to continue my Yoga Classes. In hindsight, I see that I should have canceled my class instead of modifying it. But hey, you live and you learn.

My husband and I moved to Colorado and times were tough from 2009 to 2014. I had two children to look after and no money to spend. Not to mention no time to myself or anyone to watch the children for me while I went to class. Occasionally, I pulled out my yoga mat and practiced at home, but my kids not only tried to copy me, they also tried to use me as a jungle gym. Downward facing dog is not fun with a 2 year old on your back, so I often gave up shortly after I began. 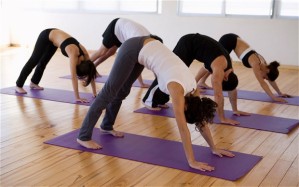 After my divorce I moved to Missouri. I moved here in August of 2014, but it took a few months to get situated and find a job. I finally signed up for a YMCA membership in January of 2015. The Monett YMCA offered several evening classes and two mid-day classes of Yoga. Eagerly, I showed up for Michele De Sutter’s class and have continued show up on a pretty regular basis ever since. Michele’s class is often more challenging than my previous Yoga classes, but I enjoy it immensely. She incorporates both the fitness aspects of Yoga along with the spiritual. Sometimes we do core work. Other times she has us use blocks, bolsters and balls. And then there are times we do gentle stretches and meditate on particular thoughts or issues. 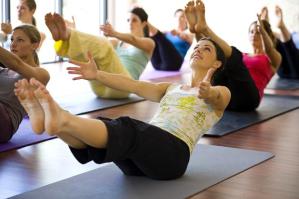 I’ve practiced Yoga for 17 years now. Sometimes I toy with the idea of becoming a certified Yoga Instructor. Other times my aching wrists, knees, hips and back say otherwise. Lol. There are days I certainly feel my age and there are other days I feel older than my age. My Ulcerative Colitis sometimes causes me to have joint pain and an injury to my lower back can flare up and make certain poses impossible. But over all, I feel better when I do it and I know I am better health when I practice. I may need to make some modifications, but I am far from giving it up. 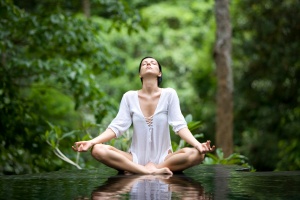 Reading and writing and writing about reading are my passion. I've been keeping a journal since I was 14. I also write fiction and poetry. I published my first collection of short stories, "Radiant Darkness" in 2000. I followed that up with my first collection of poetry in 2001 called "Journey without a Map." In 2008, I published "Persephone's Echo" another collection of poetry. Since then I've also published Emotional Espionage, The Way The Story Ended, My Perfect Drug and Out There. I have my BA in English from The Ohio State University at Mansfield and my MA in English Lit from The University of North Carolina at Greensboro. I also have my Post BA Certificate in Women's Studies. I am the mother of two beautiful children. :-)
View all posts by carilynn27 →
This entry was posted in Flashback, Health and tagged 1998, 2001, 2002, 2003, 2006, 2008, 2014, 2015, Age, Alice Vaughn-Goldman, Articles, Asana, Back, balance, Barnes and Noble, Books, Certification, Child's Pose, Classes, Claudia Cummins, Colorado, Corpse Pose, Divorce, Downward Facing Dog, Emotional, Everyday Yoga, First Trimester, Flu, Greensboro, Guilford College, Hatha Yoga, Health, Injury, Joint Pain, Keep Calm and Yoga On, Knees, Madison Adult Education, Mansfield, Michele De Sutter, Missouri, Modify, Monett, Morning Sickness, Motherhood, Mountain Pose, North Carolina, Ohio, Pregnancy, Shelby, Spiritual, Sun Salutation., Teach, Ulcerative Colitis, Warrior Pose, Wrists, YMCA, Yoga, Yoga Journal. Bookmark the permalink.