Sydney as Sophia
Rambaldi and the Holy Grail

Sophia is the embodiment of the sacred feminine. She is the bride of Christ and the Holy Grail itself. Sydney Bristow in the television show Alias is also a symbolic of Holy Grail. She is a genius and able to hold her own in a man’s world, but she is also kind and compassionate. Sydney is also the chosen one. She has a special destiny that only Rambaldi knows. Rambaldi prophesy that sounds amazingly like the description of Sophia.

“On the Origin of the World,” it states: “She [Sophia] will cast them down into the abyss. They [the archons] will be obliterated because of their wickedness. For they will come to be like volcanoes and consume one another until they perish at the hand of the prime parent. When he has destroyed them, he will turn against himself and destroy himself until he ceases to exist. And their heavens will fall one upon the next and their forces will be consumed by fire. Their eternal realms, too, will be overturned. And his heaven will fall and break in two. His…will fall down upon the…support them; they will fall into the abyss, and the abyss will be overturned. The light will…the darkness and obliterate it: it will be like something that never was.”

And the Rambaldi prophesy says: This woman here depicted will possess unseen marks, signs that she will be the one to bring forth my works: bind them with fury, a burning anger. Unless prevented, at vulgar cost, this woman will render the greatest power unto utter desolation. This woman, without pretense, will have had her effect, never having seen the beauty of my sky behind Mt. Subasio. Perhaps a single glance would have quelled her fire. When blood-red horses wander the streets and angels fall from the sky, the Chosen One and the Passenger will clash . . . and only one will survive. 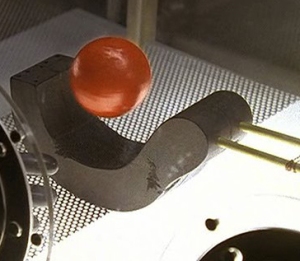 Carl Jung spoke of an apocalyptic Goddess that would usher in a new age after a great cataclysmic event. Sophia, in essence, is the evolution of our concept of God. She is last part of the puzzle, the missing piece in religion and spirituality. Sydney is both the harbinger of life and death like Sophia. Those around her would seek to use her wisdom and power for evil, but she remains ultimately good. Although evil surrounds her, she is the one who can put an end to the death and destruction.

In “Disclosure,” Kendall says that the Rimbaldi cube is the “Holy Grail” for The Covenant. Later Lazarey (whose name is suspiciously similar to Lazarus) turns up in a Fedora looking a lot like Indiana Jones. He and Sydney search a cave in Patagonia for a Rimbaldi artifact. Lazarey, we discover, is descended from the Romanov’s, which may connect him to some possibly holy bloodlines. 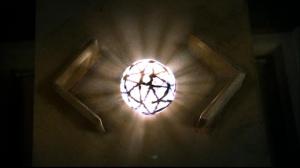 Reading and writing and writing about reading are my passion. I've been keeping a journal since I was 14. I also write fiction and poetry. I published my first collection of short stories, "Radiant Darkness" in 2000. I followed that up with my first collection of poetry in 2001 called "Journey without a Map." In 2008, I published "Persephone's Echo" another collection of poetry. Since then I've also published Emotional Espionage, The Way The Story Ended, My Perfect Drug and Out There. I have my BA in English from The Ohio State University at Mansfield and my MA in English Lit from The University of North Carolina at Greensboro. I also have my Post BA Certificate in Women's Studies. I am the mother of two beautiful children. :-)
View all posts by carilynn27 →
This entry was posted in Literature/Pop Culture, Mythology, Religion and tagged Alias, angels fall from the sky, Apocalypse, Bad Robot, bind them with fury, Black, Blood, blood red horses, Bloodline, Bride of Christ, Carl Jung, Chosen One, Creation, Da Vinci Code, Destruction, Disclosure, Evil, Goddess, Good, Holy Blood Holy Grail, Holy Grail, Immortality, Jennifer Garner, Jesus Christ, JJ Abrams, Kendall, Lazarey, Lazarus, Muller Device, Nadia, Obliterate, Passenger. Time Travel, Prophecy, Red Liquid, Resurrection, Rimbaldi End Game, Romanov, Sophia, Sydney Bristow, The Cube, The Horizon, unseen marks, Wisdom. Bookmark the permalink.