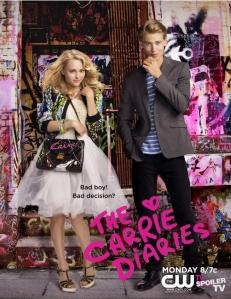 Watching The Carrie Diaries on Netflix, something occurred to me. Carrie’s journey from Connecticut to New York City parallels the journey by Caroline “Carrie” Meeber in the 1900 novel by Theodore Dreiser.

In Dreiser’s novel, eighteen year old Carrie is unsatisfied with her life in Wisconsin, so she takes the train to Chicago. Eventually, she makes her way to New York City. Carrie achieves stardom, but finds that money and fame do not satisfy her longings or bring her happiness and that nothing will. 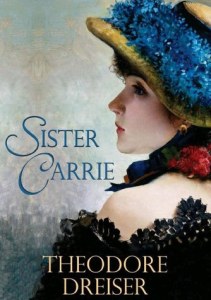 In Candace Bushnell’s 2011 book, Carrie Bradshaw lives in Castleberry, Connecticut, but she is unhappy in her small town. Her father gives her chance to work in Manhattan at an internship at a law firm. At the tender age of 15, Carrie falls in love with Big City. When Carrie turns 18, she decides to skip going to Brown University in Rhodes Island and move in with her friend Samantha Jones in New York. 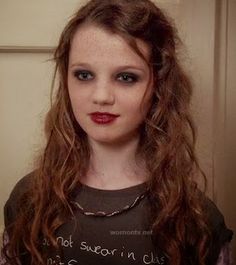 Interestingly, Carrie’s little sister Dorrit takes her name from another literary character. This time it is taken from the novel by Charles Dickens, Little Dorrit. Little Dorrit was published in serial form from 1855 to 1857.  The novel comments on the short comings of society and the British Government.

In The Carrie Diaries, Dorrit serves as a reminded of the counter culture of the 80s.  While Carrie is into fashion and popular music, Dorrit dresses in black and listens to punk music.  One of her favorite bands is the British import The Sex Pistols.  She is rebelling against the world since her mother died and is everything that Carrie is not. 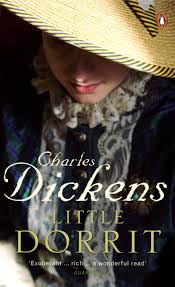 Reading and writing and writing about reading are my passion. I've been keeping a journal since I was 14. I also write fiction and poetry. I published my first collection of short stories, "Radiant Darkness" in 2000. I followed that up with my first collection of poetry in 2001 called "Journey without a Map." In 2008, I published "Persephone's Echo" another collection of poetry. Since then I've also published Emotional Espionage, The Way The Story Ended, My Perfect Drug and Out There. I have my BA in English from The Ohio State University at Mansfield and my MA in English Lit from The University of North Carolina at Greensboro. I also have my Post BA Certificate in Women's Studies. I am the mother of two beautiful children. :-)
View all posts by carilynn27 →
This entry was posted in Flashback, Literary Criticism, Literature/Pop Culture, Movies/TV and tagged 15 years old, 18 Years Old, 1857, 1859, 1900, 1984, 2011, Become Rich and Famous, British Government, Candace Bushnell, Cari Lynn Vaughn, Carrie Bradshaw, Castleberry, Charles Dickens, Chicago, Coming of Age, Connecticut, Dorrit Bradshaw, Literature, Little Dorrit, Manhattan, Move To the CIty, New York City, Sex in the City, Short comings, Sister Carrie, Sister Carrie Diaries, The 80s, The Carrie Diaries, The Sex Pistols, Theodore Dreiser, Unhappy, Wisconsin. Bookmark the permalink.