The Feminist and the Cowboy

The Feminist and the Cowboy 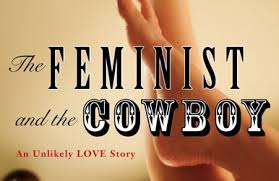 Initially, I liked the memoir by Alisa Valdez entitled The Feminist and the Cowboy.  It reminded me of my own relationship—although minus the drama.  I related to Valdez being a Feminist like myself.   Like Alisa Valdez, I have a Master’s Degree.  I also have my Post BA certificate in Women’s Studies and view myself pretty progressive.

That doesn’t mean I am a man-hating dyke or a femi-nazi though.  I love men in general—some more than others. Lol.  I’ve been married, had kids and gotten a divorce.  Although I felt like my ex-husband had progressive views, it turned out that he didn’t.  The division of labor was unequal and it tore our relationship apart.

As we drifted apart, I realized he was much more conservative than I ever was.  Even still, I liked the idea of somebody who challenged my views and made me defend them or understand them better at least.  I wasn’t looking for passive man to boss around.  That wouldn’t be any fun I always joked, but there was some truth to that. 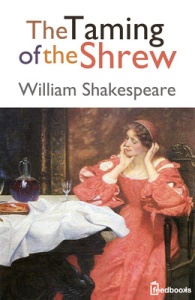 Enter my current boyfriend.  Like the unnamed man in the book, my boyfriend was also a gun-toting Libertarian.  My boyfriend didn’t live on a ranch in New Mexico, but he shared many of country farm boy attitudes and experiences that Valdez’s boyfriend did.

I can understand Valdez’s desire to be dominated, particularly in the bedroom. However, her boyfriend came off like a cold-hearted jerk outside of the bedroom as well.  Valdez’s relationship is meant to be painted like The Taming of the Shrew, but it comes off more like 50 Shades of Grey.  Valdez knows that she is not particularly sympathetic for taking him back even after it appears that he’s lied to her, but hope by the end of the book that she has truly found the happiness she desires.

When I picked up the book for the second time, I decided to check in on Alisa Valdez. I Googled her and discovered that since the book’s release, she and the cowboy split for good and she also accused him of rape and abuse.  This did shock me, but it did sadden me.  It is difficult to find good examples of dominate and submissive relationships in the media that aren’t tainted by abuse. 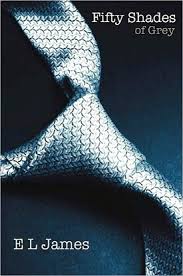 Since tell-all blog that resulted in her publisher dropping her, she has come out with several more blogs that details her dealings with suffering from Borderline Personality Disorder.  Reading her Memoir with that in mind it becomes obvious that her and her relationship were not the healthiest or the most stable.  She did, in fact, have issues with impulse control and explosive anger.  The cowboy, for all his faults, did call that one. Though one would have to wonder why he continued to be with her even after their tempestuous encounters.  We never really get his side or his feelings in the book other than he finds her attractive and interesting.

As one blogger pointed out, people who are Borderline often will put their new love on a pedestal only to knock them off at the end. Their family, friends, lover and spouses will all become the hero and the villain at some point during their personal narrative. So, Valdez makes the cowboy out to be her hero. He tamed her like Katherine was tamed in The Taming of the Shrew, which, by the way, is not an entirely anti-feminist play. Katherine is strong and often likable even if she is difficult.  Anyway, the Cowboy broke down her wall and made her love again. He broke through her defenses and allowed her to be vulnerable. And those are good things indeed. But then their differences were too much and when friction was too extreme and when Valdez had had enough finally, she let go.  Suddenly, the cowboy is a bad boyfriend and abusive asshole. Which is probably true, but it is frustrating to see her flip-flop. It invalidates the point she was trying to make. 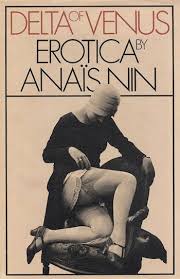 And the point is that sometimes it can be healthy to explore those feelings of inadequacy. It can feel wonderful to submit—especially in bed.  Anais Nin knew this, as many authors of erotica do.  The role of submissive is not to truly hold yourself in less esteem than you do your partner. It is about you partner helping you experience and understand your emotions. It is about role playing and realization. It may be about power, but it is not about abuse of that power.  A dominate needs to be understanding, caring and respectful in the relationship. If a dominate is unable to respect a submissive’s boundaries then the relationship can quickly become unhealthy.  The Cowboy loses credibility when he fudges the truth or isn’t completely honest with Valdez. 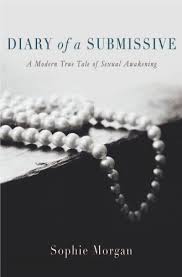 Studies show that Stay At Home Moms and Working Mom’s have equal amounts of challenges and rewards. The key, it seemed, was in that they had a choice in what they ended up doing. As a mother who had to stay home because of financial reasons, I whole heartedly agree with this conclusion. Not having a choice was the worst part of the situation.  Being able to choose rather or not to stay home is what is important—not the ultimate choice.  This holds true in all other aspects of Women’s Lives.  Being submissive is only fun when it is our choice. No one should have to do something they don’t want or aren’t comfortable with.

I hope that Valdez finally figures out her life and what she wants and then finds a man who wants the same thing in the future. And just maybe someone will publish that book. I think that would be an interesting one to read. In the mean time, you may be interested in checking out my fiction and my diaries for more exploration of my own issues and relationships! 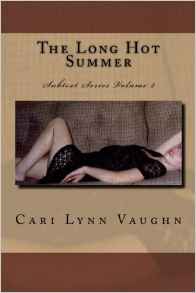 Reading and writing and writing about reading are my passion. I've been keeping a journal since I was 14. I also write fiction and poetry. I published my first collection of short stories, "Radiant Darkness" in 2000. I followed that up with my first collection of poetry in 2001 called "Journey without a Map." In 2008, I published "Persephone's Echo" another collection of poetry. Since then I've also published Emotional Espionage, The Way The Story Ended, My Perfect Drug and Out There. I have my BA in English from The Ohio State University at Mansfield and my MA in English Lit from The University of North Carolina at Greensboro. I also have my Post BA Certificate in Women's Studies. I am the mother of two beautiful children. :-)
View all posts by carilynn27 →
This entry was posted in Culture, Feminism, Literary Criticism, Literature/Pop Culture and tagged 50 Shades of Grey, Abandonment, Abusive, Alisa Valdez, Anais Nin, As You Like It, Asshole, Attitude, author, BDSM, Blog, Borderline Personality Disorder, Boyfriend, Cari Lynn Vaughn, Challenge, Cheater, Cheating, chidren, choice, Choices, Choose, consensual, conservative, Controlling, Country, Cowboy, Decentered, Desideratum. Sehnsecht, Dirty Woman's Social Club, Divorce, Dominate. Diary of a Submissive, Equal, Ethos, experience, Explore, Farm, Feminist, Forza Del Destino, Gnososis, Gun-toting, Healthy, help, In Dreams, Jerk, Justification, Kids, Liar, Libertarian, Logos, Lying, Master's Degree, Mean, Missouri, Mono No Aware, Mythos, New Mexico, Ohio, Panic, Pathos, Power, Protector, provider, Psychology, Role Playing, Shakespeare, Sociopath, Sous Rature, Stay at Home Mom, Stay At Home Mother, Submissive, Submit, Surrender, Sympathetic, The Feminist and the Cowboy, The Long Hot Summer, The Long Road, The Taming of the Shrew, The Tempest, The World Is A Stage, Unhealthy, Wings of Desire, Women's Movement, Women's Studies, Working Mom, Working Mother. Bookmark the permalink.