Comic books were originally supposed to have a humorous, but today the content is often dark and tragic.  Perhaps a better term for comics would be Tragicomics.  If a play can be considered a Tragicomedy, then why couldn’t comic books be tragicomics?

Although comic books can be traced to formats in Europe and Japan back in the 1800s, comics didn’t appear in their current form until 1933.  The term Graphic Novel wasn’t coined until 1964 though. Chances are, even if you’ve never read a comic book, you are familiar with many characters from them. 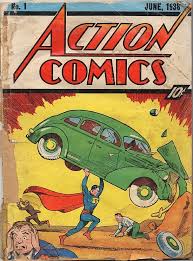 Superman was created in 1933.  Batman made his debut in 1939.  The Green Arrow shot to stardom in the 1941. Wonder Woman lassoed reader’s hearts in 1941 as well. The Flash blazed onto the scene back in 1941. Spiderman crept in the Marvel Comic Book Universe in 1963.  Captain America was cool way back in 1941. Thor muscled his way from myth to major superhero in 1962.  The Hulk smashed records in 1962 too.  Black Widow bit into the comic world in 1964 and Hawkeye hit audiences with his best shot in 1965.

So if these characters are 50-80 years old, why are there so popular now?  Some theorize that our advances in special effects have allowed their stories to be told how they were meant to be told.  Most adaptations have been in the form of cartoons over the years.  The 1970s and 1980s saw some live action shows, but the production quality was poor. Compared to today’s standards most of it was downright cheesy!

Nick Ramon of Cinemablend postulates that Superhero movies and TV shows are the new Western.  Both genres embody ideals about honor and both have heroes looking out for the little guy.  Others think that being a Comic Book Nerd or Geek is no longer something to be ashamed of.  Computer Geeks are often Comic Book Geeks and they are the ones leading the way in popular culture.  Although there is a strong anti-intellectual streak in politics and general media, the so-called Nerds have carved out niche for themselves.  Comic-Con is a good example of the blending of intellect, art and popular culture. 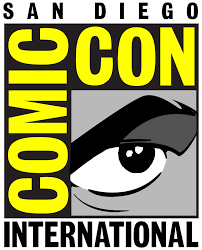 My daughter is definitely into the Superhero Craze. We watch Gotham and Supergirl on Monday, The Flash on Tuesday, Arrow on Wednesday and Legends of Tomorrow on Thursday.  I watch The Walking Dead with my boyfriend on Sundays. My son doesn’t really watch TV with us. He is mostly on the computer. Even still, he likes Superheroes. He was Iron Man for Halloween a few years ago. He also had a Spiderman and Batman backpacks. Not to mention he has Superhero T-Shirts as well.

Reading and writing and writing about reading are my passion. I've been keeping a journal since I was 14. I also write fiction and poetry. I published my first collection of short stories, "Radiant Darkness" in 2000. I followed that up with my first collection of poetry in 2001 called "Journey without a Map." In 2008, I published "Persephone's Echo" another collection of poetry. Since then I've also published Emotional Espionage, The Way The Story Ended, My Perfect Drug and Out There. I have my BA in English from The Ohio State University at Mansfield and my MA in English Lit from The University of North Carolina at Greensboro. I also have my Post BA Certificate in Women's Studies. I am the mother of two beautiful children. :-)
View all posts by carilynn27 →
This entry was posted in Culture, Literature/Pop Culture, Movies/TV and tagged 1933, 1964, 1970s, 1980s, 2016, Agent Carter, Agents of Shield, Alan Moore, Batman, Black Widow, Captian America, Cartoons, Comedy, Comic Book Nerds, Comic Books, Computer Geeks, Dark, DC Legends of Tomorrow, Doctor Strange, Geeks, Gotham, Graphic Novel, Hawkeye, Heroes, Humor, Iron Man, Jessica Jones, Loki, Looking out for the little guy, Movies, Popular Culture, Spiderman, Stan Lee, Super Heroes, Supergirl, Superheroes, Superman, Television, The Avengers, The Flash, The Green Arrow, The Incredible Hulk, The Walking Dead, Thor, Today, Tragedy, Tragicomedy, Tragicomic, Watchmen, Westerns, Wonder Woman. Bookmark the permalink.