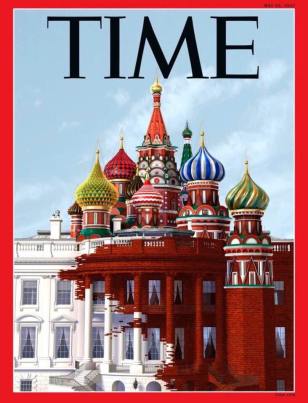 Narcissism is named after the Greek Myth of Narcissus. Narcissus saw his own reflection in a pool and died because he refused to leave the pool.  Poor Echo fell in love with him, but he couldn’t recognize her call because he kept hearing his own voice.  When he died, he was transformed into the Narcissus Flower.

The Diagnostic and Statistical Manual of Disorders classifies Narcissism as a personality trait. However, they classify the illness as Narcissistic Personality Disorder. Most who suffer from NPD or Megalomania will not seek help. It is only when they suffer from depression due to rejection that they will reach out for help.  NPD is characterized by persistent grandiosity, excessive need for admiration, a disdain and lack of empathy for others. NPD is not to be mistaken for a healthy self-confidence.  People with true self confidence will not have a fragile ego nor will they exhibit an intolerance to criticism.  Jung believed that Narcissism and an Inflated Ego were due to a damaged ego-self axis in childhood.

Most recently, it seems that rampant Narcissism is due to kids being raised in self-esteem program that make them feel special and perfect no matter if they win or lose and no matter if they pass or fail.  Self-esteem based on nothing has created a society of selfish and spoiled young adults.

It is this same entitled society that is obsessed with fame, wealth and power that elected Donald Trump. Trump is the physical manifestation of our nationwide illness. Trump was born into money, but that wasn’t good enough. He quickly became a regular character in the media. Soon he had his own reality show. Then we moved onto to running for the most powerful position in the world—the President of the USA.  However, running a country turned out to be a lot different than running a company.  He views himself as a CEO who can do whatever the hell he wants.  The reality is, despite recent erosions, some checks and balances still remain.

The thought was that a business man might make the US more profitable. A business man might be able to eliminate all that bureaucratic BS. But what many people failed to realize is that that same bureaucratic BS has prevented any one person from grabbing all the power and money available to the US Government.  Sure, things have been stuck for a while. However, Tyranny is NOT the answer.

And now—less than six months after he took office—things are falling apart. Trump has repeatedly show a blatant disrespect for how things are done. His disregard for protocol would have gotten him fired from any other job most likely.  But far too many people are willing to overlook his disregard. In fact, they are applauding him for doing things his own way.

But there are two major things that have unfolded recently. First, was the firing of FBI Director of the FBI. Trump does have a right to fire him, however, it appears as if he fired him because Comey was investigating Trump’s ties to Russia.  He essentially fired Comey for doing his job. But Trump didn’t want to look bad and didn’t want the pressure of being investigated. If the Memo confirming the reason for Comey’s firing can be validated, then Trump is responsible for obstructing justice.  That is an impeachable offense.

Although Trump claims he’d planned to fire Obama’s appointed Director all along, the timing is highly suspicious.  Trump constantly contradicts himself, which makes it difficult to believe a word he has said.

Then a story was leaked to the NY Times or The Washington Post, I forget which.  Anyway, the story claimed that Trump revealed classified information to Russian Diplomats when he met with them last week. He did invite the Russian Media to cover the meeting, but not US media, which is kind of suspicious.  Interestingly, the left and right have very different takes on it. Trump supporters claim that he has the right to declassify files. The left is quick to point out that he has the right, that he didn’t actually declassify anything.  Again, he didn’t follow protocol. Depending on the information he shared, there could be a case against him for treason.  While many dismiss this action, I wonder why it is okay for President to do something that an FBI Agent or CIA agent would be severely punished for.

All of these possible punishable offenses seem to point toward a partnership with Russia. The theory is that the Trump Campaign took money from the Russians and that Trump’s staff members allowed the Russian’s access to their information and computers so that they could manipulate the election.  It is thought that they sabotaged Hillary Clinton’s Campaign to put Trump in office as their puppet.  Putin and Trump both deny this, of course.  Still, the two of them seem to be pretty friendly and Putin has mentioned that he was happy Trump won.

Comey, if you remember, was the one who brought up the controversy surrounding Hillary Clinton’s personal server and the lack of security in sending the email that she did. (Also disregarding protocol).  Comey made a statement and then everyone moved on. Then he made another statement right before the election, which Hillary and the Democrats blame for her losing the election.  It is possible that Comey didn’t know he was being played. It is also possible that Russia had nothing to do with it. Comey sabotaging both Hillary and Trump doesn’t make sense though.  Comey appears to have no clear agenda of his own, which makes me think he was being manipulated by someone, somewhere.

Anyway, the media has had a field day. I’ve tried to remain objective. It is difficult to do because most articles are either Left Leaning or Right Leaning. They either defend Trump or seek to crucify him.

The truth is Trump does exhibit all the signs of a Narcissist and very little would surprise me at this point. Even still, the investigation is ongoing and we don’t have all the answers yet.  We can’t assume anything.  That is the beauty of the USA—innocent until proven guilty. However, it doesn’t bode well that there has been an independent committee appointed to finish the investigation. And it doesn’t bode well that the facts just don’t add up either.

As I researched recent events, several historical figures kept popping up. Richard Nixon and Watergate have frequently been compared to what is happening.  This whole thing has been dubbed “Russiangate” by the press.  The thing is, Nixon resigned with much shame and embarrassment.  Trump would NEVER resign.

Journalists bring up Bill Clinton’s impeachment as well. He merely lied about having sex with Monica Lewinsky—a Whitehouse intern.  Still, Republicans began impeachment procedures.  The House of Representatives voted to impeach Clinton in 1998.  Without the majority supporting the impeachment in the Senate, Clinton was not removed from office.

Andrew Johnson was the only other President to have impeachment charges brought against him in 1861. However, he was not removed from office either.  It is difficult, if not impossible, to fire the President.

Reaching back even further, we have the emperor Nero of Rome. He ruled from 54 to 68 AD. Nero was something of a celebrity back then. He was a poet, musician and charioteer who liked to make public appearances. He was a favorite of the poor, but the middle class and upper class hated him for raising taxes and spending extravagantly.  Various people, mostly from his own court, plotted against him.  Eventually, he was ousted from office and fled. Historians generally viewed him as a cruel tyrant.  Those who hated him started the rumor that he fiddled while Rome burned. The violin wasn’t invented until the 10th Century, so it couldn’t have a violin. It was more likely a lyre.  He could have very well played lyre while Rome burned during the great fire in July of 64 AD.  The fire lasted six days and destroyed most of the city. Rebuilding was costly and Rome never really recovered. Christians, who were prosecuted under Nero, blamed him for the fire, but Nero blamed the Christians. We may never know the truth.

I think perhaps Nero is the most relevant, but others have gone so far as to compare him to Hitler. And while there is no evidence that Trump has systematically murdered a particular group of people, the comparison is not totally unfounded. Hitler spoke to the German common man. After their defeat during WWI, the Germans were looking for a chance in leadership and policy. The German people were not seeking to elect the sociopath that they ended up with. He was charismatic and great at telling people exactly what they wanted to hear. Many good citizens were fooled by him and deeply ashamed by his actions once he took over.  Hitler was left unchecked not only by Germany, but by the world until it was too late.

The truth is people see the USA, and Trump in particular, as a big bully. The rest of the world hasn’t liked the USA, not for a long time. (At least since the 1980s). If we don’t do something to reign Trump in, then some else will. Probably North Korea. There is reason to fear for we stand at the edge of great precipice. Who knows how it will play out, but it causes me great anxiety these days because there is a great potential for tragedy and downright catastrophe.