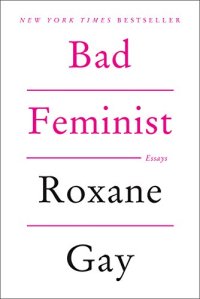 Roxane Gay published Bad Feminist in 2014, but it is even more relevant this week.  She titled the book Bad Feminist because many women, including herself, often do things that are considered not considered consistent with the Feminist Ideology.  Despite her love of make-up and books like the Sweet Valley High series, Gay is very much for women’s rights. Her point seems to be that Feminism is many different things to many different people. While she may not be marching in the streets and pushing a political agenda, she is very aware of her uneasy place in this world. The fact that she is even aware of all of these issues and the fact that she can think critically about various books and movies makes her a great Feminist in my eyes. But not everyone would agree I suppose.

The book Bad Feminist covers a lot of ground. Gay is a tenured professor at East Illinois University. She is of Haitian Descent and grew up in Omaha, Nebraska. She is aware that she was very privileged to go to the prestigious Philip Exeter School in New Hampshire and that she eventually was able to graduate from Yale University. Despite her success story, she still suffers from weight issues, which she covered in her other book Hunger. Much of her depression stems from being raped at age 12. She didn’t even tell her parents about it until years later out of shame and embarrassment.

Her essays do mention some standard feminist texts like Judith Butler’s Gender Trouble, but they also cover recent things in pop culture as well. She mentions the 2012-2017 show Girls, the 2012 novel Gone Girl by Gillian Flynn, the 2009 book The Help by Katherine Stockett, The 2011 book How To Be A Woman by Caitlin Moran, the 2010 book The End of Men by Hanna Rosin and the 2011 book The Green Girl by Kate Zambreno. Gay is not a big fan of Lean In by Sheryl Sandberg, as Sandberg is incredibly privileged and, some would say, downright delusional. Gay also deals with racism in her essays on The Help and Django Unchained as well as Domestic Violence in her essay on Chris Brown.

It is a sort of slice of life type of book that gives some valuable insights. It does not propose any sort of academic theory, but connects to much of what I’ve already experienced or read. It is well worth a read and I would recommend her book to anyone interested in Women’s Studies or Feminism. In fact, I would recommend to all women–feminist or not! 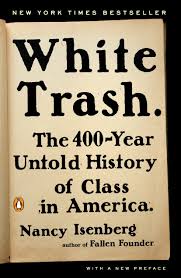 So, to review I finished up listening to the audio book White Trash: 400-Year Untold History of Class in America by Nancy Isenberg and moved onto Bad Feminist by Roxane Gay. I also finished up typing my notes from my Women Writers of the 19th Century Class and began typing up notes from my Feminist Rhetoric and Pedagogy Class. All of this increased awareness of women’s issues this week made it difficult to ignore the very important struggle going on in the news recently. 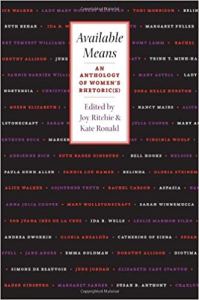 In case you live under a rock, I will brief you on what has been going on. Before Brett Kavanaugh could be confirmed to the Supreme Court Doctor Christine Belsey Ford came forward and announced that Kavannah sexually assaulted her when they were in High School together. She did not believe that a man capable of sexual assault should be allowed to make decisions involving women’s rights. And many people agreed with her. Begrudgingly, the Senate Committee allowed her to testify against Kavanaugh. Despite death threats against her, she testified on Thursday the 27th  with a great deal of grace and dignity. Kavannah, on the other hand, was extremely emotional. He screamed angrily and dissolved into tears—something that would have quickly gotten a woman dismissed as hysterical. Kavannah also evaded a good number of questions and refused to take a polygraph test, but that didn’t seem to matter. 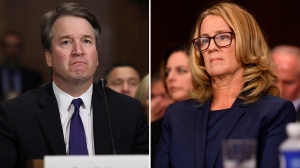 The Committee was torn at the end of the day. The Republicans were ready to push him through to the Supreme Court. They really didn’t seem to care if the allegations were true or not. They just wanted Kavannah confirmed so he could further their agenda. Senator Jeff Flake was accosted in an elevator by two women where sexual assault survivors. They told their story and persuaded him to call for an FBI investigation. So, the vote was delayed by only a week as the FBI digs deeper into this mess. Meanwhile, Trump is saying the investigation was all his idea while simultaneously calling for the investigation to be extremely limited in scope. It is infuriating to say the least.

Kavannah is Catholic and once had the support of the Catholic Church for his nomination. But after this very public debate, they have withdrawn their support. The ACLU has also come out against Kavannah. Despite the public’s outrage, many feel that he will be confirmed anyway. There is a small glimmer of hope that someone will prevent this picture of white privilege and power from tipping the balance in a nation already in crisis. But we will just have to wait and see.

I can only imagine the rage Roxane Gay must feel toward Kavannah and I imagine she will have lots to say about this chapter in history! It will be interesting to read what she writes about it in the future.  In any case,  I have to get back to putting together my book on Women’s Studies.