“The trouble with books is you don’t know what’s in them until its too late.” This quote is from Jeanette Winterson who was on Bill Moyer’s PBS series Faith and Reason. The same could be said of dairy entries as well!
Anyway, she explained her background, which was interesting. Her father was illiterate and her mother only the Bible or books about the bible. Jeanette Winterson snuck other books into the house—just classic literature—and hid them beneath her bed. Her mother discovered DH Lawrence’s book Women in Love and burned them all. Winterson was crushed, but did not leave her home until a few years later. Later, when she fell in love with another woman, her mother told her she could be normal or she could be happy. Not both. Winterson chose to be happy. Anyway, Winterson began to experiment with the Weight of Words. She wanted to know what was in between the polar opposites of good and evil, black and white and faith and reason.

Moyers questioned her about Myth. She discussed the Greek idea of the pairing of the words Mythos and Logos. Truth can be found in both. Mythos is the path of imagination and intuition. Some truths require a bit of faith and trust in inner knowledge. The archetypes in literature can indeed lead us closer to ourselves and to the sense of something larger than ourselves. Logos, the Greek word for logic, is key in understanding not only nature and science, but in God as well. They felt logic was a natural part of faith. That sort of yin/yang approach is something we lack in today’s society.
We are in a Cultural Dark Age. These dark times, as Winterson pointed out. We must not given up home though. We must keep writing for future generations. Someone may pick up a piece of our writing and find it invaluable. After all, who is to say what is important? That there aren’t important text being written right now. Perhaps the world is just not ready to listen, but eventually it will. The lack of faith in each other, as well as too much power, is destroying us. There will come a time when society will be ready to change—to seek a solution, to accept the shifting and changing face of faith. 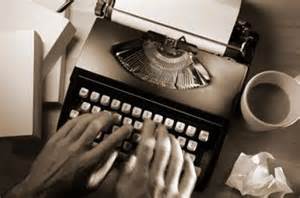 Watching the program again made me realize that I do seem to have my finger on the pulse of America. These intellectual undercurrents I have noticed and written about before. To hear well respected authors and philosophers say what I’ve been saying give me great confidence. The confidence was much needed after the deflation that I’ve had lately.

Reading and writing and writing about reading are my passion. I've been keeping a journal since I was 14. I also write fiction and poetry. I published my first collection of short stories, "Radiant Darkness" in 2000. I followed that up with my first collection of poetry in 2001 called "Journey without a Map." In 2008, I published "Persephone's Echo" another collection of poetry. Since then I've also published Emotional Espionage, The Way The Story Ended, My Perfect Drug and Out There. I have my BA in English from The Ohio State University at Mansfield and my MA in English Lit from The University of North Carolina at Greensboro. I also have my Post BA Certificate in Women's Studies. I am the mother of two beautiful children. :-)
View all posts by carilynn27 →
This entry was posted in Culture, Feminism, Literary Criticism, Literature/Pop Culture, Mythology and tagged Banned Books, Bible, Bill Moyers, Book, Books are Dangerous, Burned Books, Cultural Dark Ages, D.H. Lawrence, Dark Times, Faith, Faith and Resaon, Fell in Love with a Woman, Greek, Greek Myth, Greek Words, Hidden Books, hope, Illiterate Dad, Jeannett Winterson, Keep Writing, Lesbian, Logos, Mom, Myth, Mythos, Sneaked Books, Snuck Books, Wegiht of Words, Weight, Why Be Happy When You Can Be Normal?, Women in Love, Written on The Body. Bookmark the permalink.