Yesterday, I wanted to write, but I was too shaken. I was disturbed. By what? The ending of a book. It left me with a bad taste in my mouth. It was a good read all the way up to the last page. Then it all went to hell. Hard to imagine a single book being able to upset someone so much. Oh, I suppose the past week didn’t hep much either, but I still blame Suzanne Moore, author of In The Cut, for my particular foul mood.

I’m done reading Thomas Moore’s Dark Nights of the Soul, which was very good and comforting. Then I moved onto Suzanna Moore’s 1995 novel In The Cut. I’m not sure why I felt so drawn to the world she painted. I identified with her English Professor Character Frances. I guess I liked Meg Ryan’s portrayal of Frances as a strong woman. She lives alone in New York City, unafraid. She seemed conservative and withdrawn—yet sensual and sexy. At first she came off as a cold bitch, but then we saw her vulnerable side and at the end of the movie she triumphed over the killer. I thought that that was cool.
Then I read the book’s ending. Frances is killed or is dying at least. I was disappointed that she had to die. Suddenly I hated her for becoming a victim. Her death seemed meaningless—pointless. Was she paying for her sexuality—her perceived promiscuity? After all, the killer took a sexual souvenir. And the killer…The book gives no motivation, no explanation and no resolution. Rodriguez is still on the loose for all we know. I, as a reader, gained no closure. Terrible ending.

If she must die, at least give us a reason. What did Rodriguez choose her? Had be been stalking her? I know. You might say, “Well, the ending is realistic.” Even if she—Frances, doesn’t know the reason, there is one. The writer must fill in the gaps—let the reader in on it. Okay, so it was in first person. How do you establish omnipresence or limited 3rd person in 1st Person Point of View. You cold let the character speculate or the killer could confess. Anything but leave us with the main character’s pointless death. That just threw my whole day off! 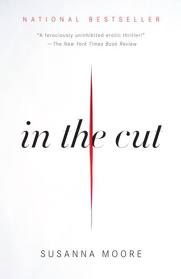 Reading and writing and writing about reading are my passion. I've been keeping a journal since I was 14. I also write fiction and poetry. I published my first collection of short stories, "Radiant Darkness" in 2000. I followed that up with my first collection of poetry in 2001 called "Journey without a Map." In 2008, I published "Persephone's Echo" another collection of poetry. Since then I've also published Emotional Espionage, The Way The Story Ended, My Perfect Drug and Out There. I have my BA in English from The Ohio State University at Mansfield and my MA in English Lit from The University of North Carolina at Greensboro. I also have my Post BA Certificate in Women's Studies. I am the mother of two beautiful children. :-)
View all posts by carilynn27 →
This entry was posted in Literature/Pop Culture, Movies/TV, Writing and tagged 1995, 1st Person Point of View, 2004, Bitch, Cari Lynn Vaughn, Confess, Confession, conservative, Dark Nights of the Soul, Disturbed, English Professor, Frances, In The Cut, Main Character Dies, Mark Ruffalo, Meaningless, Meg Ryan, Murder, New York City, No Explanation, No Motivation, No Resolution, Omniscient 3rd Person Point of View, Pointless, Promiscuity, Sensuality, Sexual Souvenir, Sexuality, Strong Woman, Suzanne Moore, Thomas Moore, Victim, Vulnerability, Whole Day Thrown Off, Withdrawn. Bookmark the permalink.